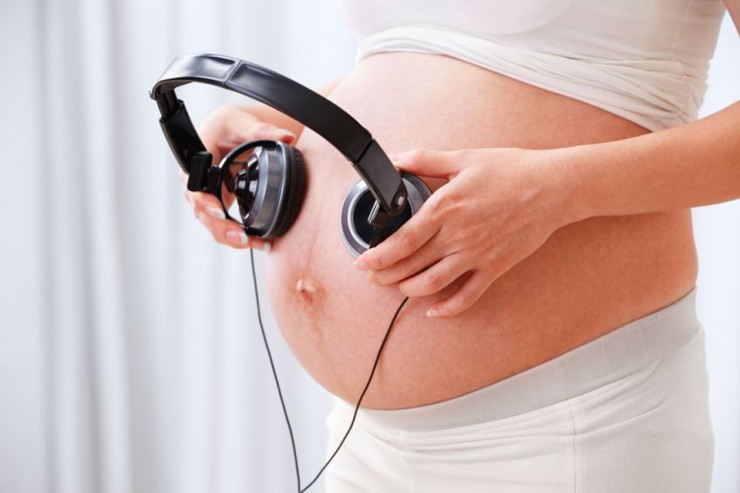 You have heard that learning piano or listening to piano music during your pregnancy makes your baby in the womb smarter. Or you may have come across readings that suggest the fetus can develop to be more appreciative of music, or even acquire a talent for picking up musical instruments. Truth or urban myths? Let's find out.

Well, I guess the first thing that we should seek to establish is - does a fetus actually respond to sounds? Discovery Channel posts a video on Youtube that shows an unborn child reacting to pop music played to him, by monitoring his heart rate and facial expressions through ultrasound scanning. And popular baby website BabyCenter.com says that a baby in utero can hear sounds from outside the womb. And, yes - I strongly believe so too!

Giselle E. Whitwell, at Birth Pyschology, is a Board Certified Music Therapist; and her article highlights some points. First, the fetus hears and responds to a sound pulse starting about 16 weeks of age. Second, a Japanese study of pregnant women living near the Osaka Airport found that they gave birth to smaller babies and had an inflated incidence of prematurity. Third, chronic noise can also be associated with birth defects. Fourth, prenates exposed to TV soap opera music during pregnancy responded with focused and rapt attention to this music after birth - evidence of long-term memory. We should note, however, that at best, we can only infer from her article that - sounds do affect the fetus, but there is no positive correlation between music and a child's intelligence or musical ability.

BabyCenter.com claims that no research supports the idea that playing music when your baby is in the womb makes him smarter; and if you want to play music for your unborn baby, play it because you enjoy it, not because you are trying to make him smarter. And when an expectant mother listens to soothing music, she relaxes, and that, itself, is beneficial for the baby's growth.

As parents, we want to do, provide, and get the best for our kids - even for the unborn. So, even though there is no strong evidence that music promotes the positive development of the baby's intelligence or musical talents, it doesn't hurt to actually play some nice music during the pregnancy for the baby to listen to. Well, at least we know "bad sounds" impacts the baby negatively. That's right - don't watch Ju-on.

What are considered "good sounds" then? There are some evidences to suggest that soft music, such as quiet classical music and nature sounds have a calming effect on the baby - which often continues after birth. Many babies are soothed by the same soft music they heard during the pregnancy and recognise the rhythm. And several studies have demonstrated the newborn's ability to recognise certain music selections that were played during pregnancy. There are also many music CDs and lists of prenatal music designed for mums-to-be, and they all have a few common characteristics. The music are always soft, gentle and calming. They are mostly piano or chamber music. And, classical.

Make sure the music is played at a comfortable level for the baby, keeping in mind that the amniotic fluid conducts sound well!

Music is always a commentary on society.