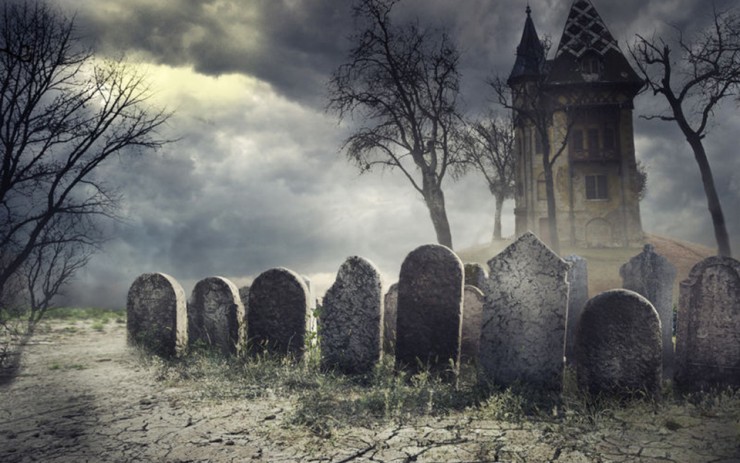 Get ready for some thrills as we give you the low-down on one of the most world-renowned composers and what happened to him after death.

Joseph Haydn, a famous composer, was age 77 when he died because he was suffering from an illness for a long time. It happened in Vienna on May 31, 1809. After his burial, which occurred in the Hundsturm cemetery, his head was severed and stolen. Two men who were interested in phrenology, known as the theory of brain and science of character reading, bribed the gravedigger to steal his head. Pretty eerie, isn’t it?

The two men were Joseph Carl Rosenbaum, a secretary who used to work for the local prison of lower Austria, and Johann Nepomuk Peter, who was the governor there.

If you didn’t know this already, there are certain bumps on each of our skull, which can be used to foretell personality traits. This was commonly perpetuated in the 19th century and the most popular period was from 1810 until 1840. The central perception behind the fact that we can deduce personality traits by evaluating and analysing the shape of the skull, was not accepted by empirical research. There were many declarations, principles and actions which seemed real and scientific. Most of them did not match with the scientific method.

Here’s what happened next!

The head was rotting significantly because of the hot weather! Rosenbaum vomited as he brought it to the hospital for analysis.

The head was analysed and inspected for an hour, and then the skull was bleached. With his analysis, Peter came up with the conclusion that “the bump of music” in the skull of Haydn was “fully developed”. September came, and Peter added the skull to his collection. When people visited his home, they could see it, as it was stored in a striking black wooden box topped with a golden lyre. It was also finished with glass windows and a white cushion. In the next decade, Peter gave up his collection of skulls to Rosenbaum, including the Haydn skull.

In 1820, Prince Nikolaus Esterházy II shifted Haydn’s remains to Eisenstadt where his ancestors rooted. He then discovered that the skull was gone and quickly realised that Peter and Rosenbaum had stolen them. Peter and Rosenbaum succeeded in keeping the skull through many deceitful and scheming plots. When people were sent to search for the skull, it was hidden in a straw mattress on which laid Rosenbaum’s wife who lied to them saying that she was menstruating. Hence, the mattress was left unchecked! At the end of it all, Rosenbaum handed Prince Esterházy a skull that was not Haydn’s.

Rosenbaum died in 1829. Haydn’s skull then was delivered from person to person, those in close contact with it. Haydn was built a marble tomb by Prince Paul Esterházy, Nikolous’s descendant. This was located in the Bergkirche in Eisenstadt. The prince's objective was to combine the remains of Haydn.

Unfortunately, the process was delayed, and the skull could only be moved in 1954. A grand ceremony was carried out to mark this transfer from the Gesellschaft der Musikfreunde to another tomb. The burial process that lasted for 145 years was then, finally completed! When Haydn got his skull back, his skeleton was completed. However, the skull that replaced his original remained with his skeleton.

So now…there are two skulls lying within Haydn’s tomb. Whose was the other? Let’s wonder.

Sometimes before we make a record I go back and listen to a few. It's equally humbling and uplifting.