History of the Metronome | ThePiano.SG
Skip to main content 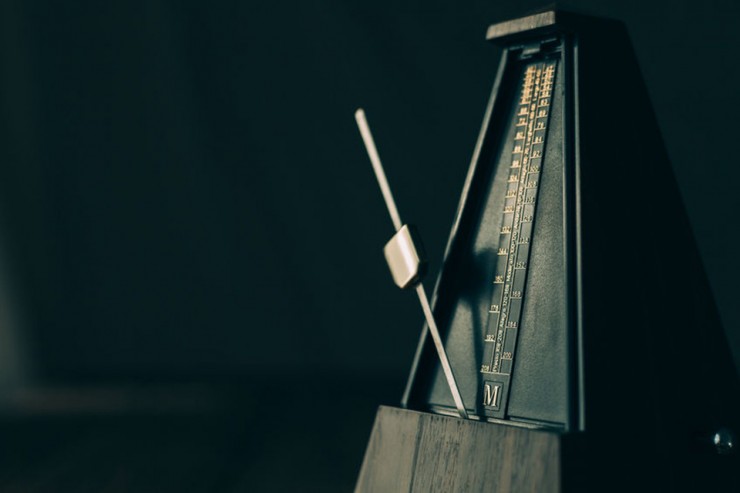 The metronome is a musical tool to help musicians keep in time by producing simple steady rhythmic sounds according to a tempo setting. This very important invention survives many centuries, and even now, many continue to use it. If you walk into a music shop that sells musical instruments, it is very likely that you can purchase a metronome there. Typically, it is known as the Maelzel Metronome, and this explains why the tempo notation is written as "M.M. (Maelzel’s metronome) ♩ = 60". But do you know Maelzel wasn't the true inventor of the metronome? What is the history of the metronome actually?

Abbas ibn Firnas (810 - 887 A.D.), also known as Abbas Abu al-Qasim ibn Firnas ibn Wirdas al-Takurini (Arabic: عباس بن فرناس‎), was an Andalusian polymath, scholar and poet of Berber origin at the court of Cordoba.The crater Ibn Firnas on the dark side of the Moon is named in his honor, as well as the Ibn Firnas Airport in Baghdad. In his book, The Esoteric Codex: The Alchemists, Ervin Reffner wrote that Firnas devised "some sort of metronome".

In 1814, Dietrich Nikolaus Winkel (1777 - 28 September 1826), while experimenting with pendulumns, discovered that a pendulum weighted on both sides of the pivot could beat steady time, even for the slow tempos often used in European classical music. He called this invention the "musical chronometer", and donated the first model to the Hollandsch Instituut van Wetenschappen, Letterkunde en Schoone Kunsten in Amsterdam on 27 November 1814. He was thus regarded as the person who invented the metronome. Unfortunately, Winkel did not protect his idea.

In 1815, just one year later, Johann Nepomuk Maelzel copied Winkel's metronome, added a scale to it, and successfully had his metronome patent (No. 3966 of 1815) approved. During that time, he only made 200 of them to send out to friends, composers, and musical instrument makers for their suggestions, comments and modifications. One of the recipents was Ludwig van Beethoven. In fact, Beethoven and Maelzel argued over rights issues to "The Battle of Vitoria" in 1814, but appeared to have patched up in 1817 when Beethoven wrote well of Maelzel's metronome. He also suggested to lower the scale to 40. The lowest then was 50.

Bonhams, a privately owned British auction house founded in 1793 and one of the world's oldest and largest auctioneers of fine art and antiques, successfully auctioned on 3 Nov 2010, Lot 74, one of the Maelzel's Prototype 12-inch metronome, one of the 200 patent models made in 1815, for £2,880 (SGD 6,049) including premium.

As Britannica encyclopedia publishes, "Metronome (is) ... erroneously ascribed to ... Maelzel but actually invented by ... Winkel".

Music is the soul of language.