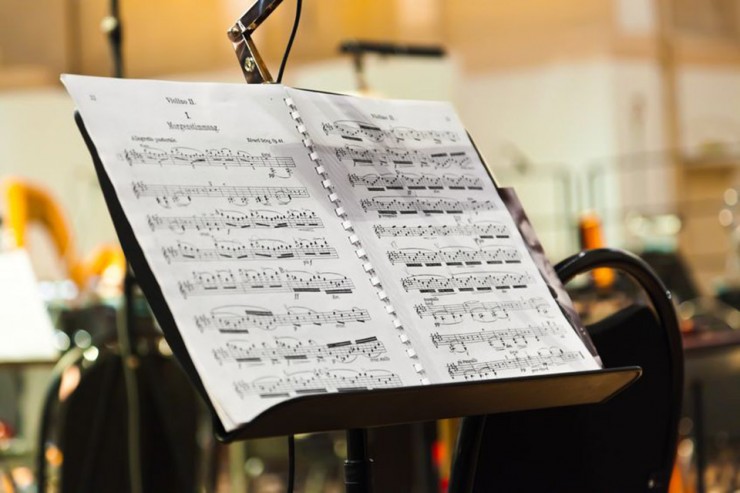 Symphonies are bigger pieces of works compared to Sonatas and Sonatinas, and are musical compositions usually scored for a concert band or orchestra. Classical and Romantic period Symphonies, however, are quite dfferent in their own ways. Let's explore.

The meaning of the word 'symphony' means 'sounding together'. The creation of the symphony was from the Italian overture, then called the Sinfonia, which had 3 sections in the tempo of quick-slow-quick, striking a close link to the classical symphony. Many composers took a hand in shaping the symphony, including the Italian composer Sammartini, Johann Stamitz who became director of one of the most famous orchestras in the mid 18th century at the German court of Mannheim. Other composers such as Carl Phillip Emmanuel Bach and Johann Christian Bach too popularized the symphony. Some composers who wrote great and famous symphonies are Joseph Haydn, who wrote so many symphonies he was dubbed as "The Father Of The Symphony", Wolfgang Amadeus Mozart, Ludwig Van Beethoven, Hector Berlioz, Franz Schubert as well as Gustav Mahler, whose works we would be zooming in later on. Hence, through this essay, I will attempt to draw comparisons between Classical and Romantic symphonies and zoom in at various works by some composers to aid in the comparison.

Besides that, the form of the symphony, are somewhat different between symphonies from both periods. In a typical Classical symphony, the first movement is usually in sonata-form. The second movement however is often in ternary form, a theme with variations, or perhaps again sonata form. If the symphony does have a third movement, it has to be a minuet and trio or a much more vigorous scherzo. The last or final movement would be in sonata-form, in a rondo form, or perhaps a mixture of both and sometimes, another theme and variations. However, in a Romantic Symphonies, although some still practice the classical form mentioned above, composers such as Franz Liszt, went against the norm and wrote symphonic poems instead. Although some parts of his music are still in the sonata-form, the difference was that it was largely a single-movement work. To illustrate the vast difference, I would be comparing the works of Ludwig Van Beethoven's extremely well-known Symphony No. 5, 1st Movement as well as a symphonic poem from Franz Liszt, "Dante". In Beethoven's Symphony No. 5, there are 4 movements. The 1st Movement, being in Sonata form. The 2nd Movement, is a theme and variations. The 3rd Movement, however is a scherzo and trio. The last Movement being in Sonata form again. In contrast, Liszt's "Dante" Symphony, is split up into only two sections, the Journey through Hell and the Purgatory. However, both sections are in ternary form unlike those of the Classical Symphony. Despite that, some Romantic Symphonies such as Antonin Dvorak's "New World" symphony still follows the Classical Period way of structure. However, yet again, most Romantic symphonies are of program music, where they depict a particular scene or story. Hence, Romantic and Classical Symphonies differ in terms of form.

On the contrary, Romantic symphonies are much more expressive and have a broader range of dynamics than Classical Symphonies. Although Classical Symphonies do have a substantial range of dynamics, most of the symphonies have gradual dynamics with the exception of Beethoven's. This means that dynamics in Classical Symphonies are not sudden but fluctuate through crescendos and decrescendos. Of course, Beethoven's symphonies on the other hand have visible evidence of sudden or subito dynamics. From his Symphony No. 9, which was his final symphony, he has put in place many sudden dynamics on the score especially in the 2nd Movement. Even so, what made Beethoven different from the rest of the classical composers who wrote symphonies was that he expanded it with his motivic and thematic inventiveness. He too himself expanded the orchestra as well as its range, power and dramatic expression. Anyway, getting back to the point, Romantic symphonies however, are much more dramatic and expressive. With the introduction of rubato, motives and themes are varied through expressions. Romanic Symphonies too have more frequent sudden dynamics. I will provide a comparison between two famous symphonies to prove my point, Mozart's Symphony No. 40, 1st Movement and Brahm's Symphony No. 3, 3rd Movement. In Mozart's Symphony No. 40, indeed, as I have mentioned before, the dynamics are gradual. The song starts off soft to show inner grief and pen-up frustration. Gradually, the melody increases its volume and spurs out a strong forte, sort of like releasing the stored agitation. However, this is only deduced through analysis. Generally, a normal listener would be able to say this is a nice song but the trouble is the listener doesn't feel the music and understand the agitation and frustration. However, in Brahm's Symphony No. 3, the melody is haunting and somewhat sorrowful. From the use of rubato in the piece and the constant crescendos and decrescendos in the piece, we can tell that the song represents regret. However, this daunting melody changes its expression, to a mood somewhat a little playful and childish. With these two very contrasting moods, one filled with sorrow, regret and the other filled with slight joy and cheer, we can tell that the composer is in a very emotionally troubled state, where he faces a dilemma. This, a normal listener would be able to feel the music and not just say "This song is nice", but he would be able to say that the song is tragic and happy in both ways. This is able to be deduced through the wide range of expressions and the constant change in dynamics. Hence, Classical and Romantic Symphonies differ from each other by range of dynamics and expressions.

On the subject of melodies, Romantic symphonies have much more lyrical melodies than Classical symphonies. On top of that, motifs of the Romantic period are much longer, especially Mendelssohn's, and have much more freedom. They are also more innovative and create more imagery in the listener. Melodies in Classical Symphonies, are unfortunately rather flat although Beethoven's symphonies are much more lyrical and creative. Hence, I will be comparing melodies from two different symphonies, Beethoven's Symphony No. 9, Last movement as well as Tchaikovsky's Symphony No. 6 - "Pathetique", 1st Movement. Beethoven's Ninth is indeed a work that stood the test of time. It is sort of like a huge pillar that supports all the symphonies. It was praised as a new work, of creativity, that people have never heard of. This is partially due to the fact that this last movement had the inclusion of a choir. This symphony, was the very first time, that vocal were used in a symphony and of course, something new is always creative. Now, let's talk about the melody. The melody is 'punch-like', meaning it sort of like punching the person. With the heavy and powerful start by the cellos and double basses, it is indeed like giving someone a punch. Then moving on, a light and fast-paced melody interrupts the atmosphere, the reminiscence of the previous melodies. Some time after, the tenor solo comes in with strong and vibrant start. Then, the whole choir erupts with a powerful and loud melody, signifying some kind of victory. At this point, it seems as if Beethoven wrote this song to signify victory over his deafness. Meaning, even though he was deaf, this song sort of like proves his point that his disability does not hinder him and through this song, he laughs at his own disability. Though, this work is creative and rather melodious, it cannot be compared to the lyrical melodies of the Romantic Symphonies. Tchaikovsky's Sixth on the other hand starts off with a gentle melody, then, the main theme comes in, like a dream, like fluffy clouds floating by. True enough Tchaikovsky, despite him being hated by the normal general public, is praised for his beautiful and heartwarming melodies. This melody creates an imagery of himself, sighing with sorrow and frustration. Perhaps this is why he named it "Pathetique" he probably thought of himself as pathetic. Hence, Romantic Symphonies and Classical symphonies differ each other from their melodies, where Romantic Symphonies have melodies that practice more freedom and creativity.

In conclusion, Classical and Romantic symphonies are similar in terms of using the same instruments to portray a certain mood, and are different in terms of instrumentation, form, range of dynamics, expressions, as well as the freedom and creativity of melodies. 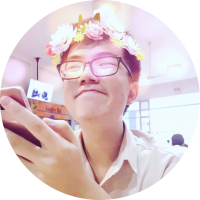 Good music is good music, and everything else can go to hell.