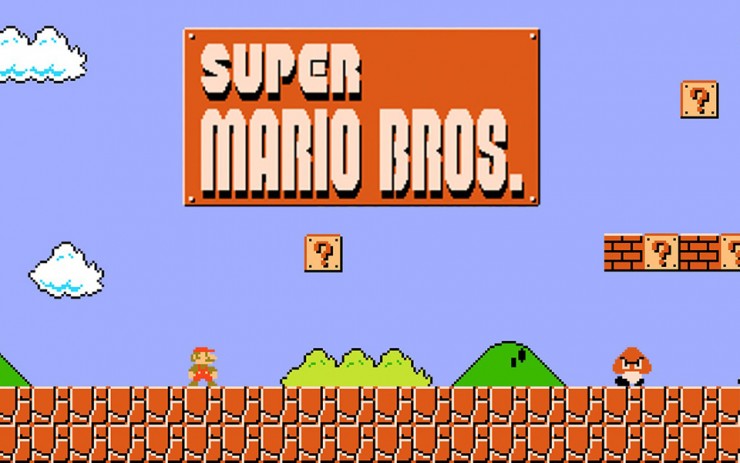 In the first part of this article, we looked at some of the most popular music from the Role-Playing game genre. This time round, we shall be covering two other game genres - namely Action and Strategy. These game genres are as popular among gamers who have a hungry appetite for addictively good quality music from the composers listed below. Let’s take a journey through each of them in turn.

Action Games
Mention the word Action, and a few key games will instantly pop into a gamer’s mind – Super Mario Brothers, Mega Man, Castlevania, Sonic the Hedgehog, Street Fighter, Donkey Kong Country, Doom, Half-Life and BioShock. If you know at least two of the titles from the list above, then you are definitely no stranger to games.

In game lingo, the list consists of platformers (eg. Super Mario Brothers) – where you control a character that jumps over platforms and obstacles to go across an environment, fighting games (eg. Street Fighter) – where you control a character that engages in melee combat, metroidvania games (eg. Castlevania) – where you explore a large world and gain access to various parts of it as your -character acquires special powers or items, and first-person shooter games (eg. Doom) – where the weapon toting game is centred around you from a first-person perspective.

With such a huge selection, let’s pick two of them from the list: the first and the last.

The Overworld theme from Super Mario Brothers is so iconic and immensely popular in video game culture that you just might have heard it before.  After all, it’s also featured in other Nintendo published games, television series, and even concert performances

The original game in the series featured six main melodies – the Overworld Theme, Underworld Theme, Underwater Theme, Castle Theme, Starman Theme, and the End Credits Theme. You will notice that they are relatively short in nature, but you must admit they are not only lively, but more importantly, they are very catchy little tunes that bring to life the escapades of Mario and Luigi as they try to save Princess Toadstool from the evil King Koopa.

Whenever video game players hear Bobby Darin croon “Beyond the Sea” on the radio, they will probably remember themselves back in a game of Bioshock as they reminisce the time they spent exploring the underwater city of Rapture.

This widely acclaimed first person shooter game set in the 1960s is one wild trip into a science fiction world that has you literally on your toes as you prepare to either fight or flee from its iconic enemies – the “Big Daddies” (see the picture above), genetically mutated human beings suited up in hulking diving suits. More significantly however for those who have experienced playing the game, is the riveting and suspenseful soundtrack composed by Garry Schyman.

If you like putting on your thinking cap to hatch some devious strategy, thereby achieving a well-deserved victory, then strategy games are what you need.

There are of course many diverse and great strategy games released over the years, but the following are strong contenders that feature great music: Civilization, Warcraft, Red Alert, Command and Conquer, Age of Empires, Starcraft, Warhammer 40,000, Supreme Commander, Europa Universalis, and Company of Heroes.

Let’s now focus on music from the Command and Conquer series, as well as one very important musical piece from the Civilization series – Baba Yetu.

Back when Westwood Studios was in their heyday, the landmark music from the Command and Conquer series of games – which contained elements of industrial, metal, and electronic music – were all composed by Frank Klepacki. Many hardcore strategy gamers have listened to these pieces so many times that they are able to remember them easily. This is partly because of the way Frank had mixed seamlessly the many voice and sound samples (taken directly from the game) into the melodies – the most notable pieces being Act on Instinct and No Mercy.

It was quite an achievement for Frank when the soundtrack for the original Command and Conquer game was voted the best video game soundtrack in 1996 by PC Gamer magazine. Frank credited his music from many artists including Peter Gabriel, Pink Floyd, and Nine Inch Nails. And, it doesn’t just stop there, Frank also composed music the Lands of Lore RPG series, Dune strategy game series, The Legend of Kyrandia adventure series and Star Wars: Empire at War.

Back in 2005, Christopher Tin who happened to be the former Stanford University roommate to game designer Soren Johnson of Civilization IV, was asked to compose the opening theme for the game. Taking inspiration from The Lion King, Christopher came up with Baba Yetu, a prayer set to music from the Swahili culture. You could say that the rest is history - critics absolutely loved the title music from the game, taking time to point it out in their game reviews of Civilization IV.

It wasn’t until 4 years later however, when Christopher released his album titled Calling All Dawns which featured Baba Yetu on the first track. It obviously got noticed, all over again, and went on to win 2 Grammy Awards, one for Best Classical Crossover album and another for Best Instrumental Arrangement Accompanying Vocalist(s).

The implications from this event is truly profound, here was the very first piece of music from a video game to be lauded with such a lofty distinction. So, where will video game music take us next? 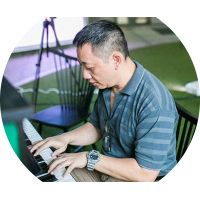 Music is a higher revelation than all wisdom and philosophy.