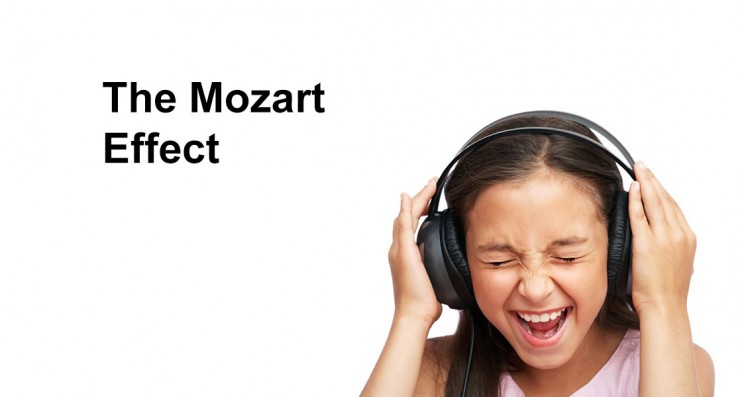 Music lovers and young parents alike may have heard the age-old claim that allowing unborn babies listen to classical music will make them smarter. The debate about the benefits of the so-called Mozart Effect has raged on for years, but to date, it appears that no conclusive evidence can be found to substantiate this claim. Still, many excited parents-to-be indulge in this practice in the hope of having smarter babies. So, are these couples embarking on yet another misguided adventure that may turn out to be totally unnecessary, or could there really be some truth in the motivations behind this prevalent practice?

Firstly, let us understand the background of the Mozart Effect. The Mozart Effect dates back to October 1993, when a group of researchers, Rauscher FH, Shaw GL, and Ky KN, from the University of California in Irvine, published a paper in the Nature scientific journal named “Music and Spatial Task Performance”. The group made the claim that people in their research did better in spatial reasoning skills after being exposed to Mozart’s Sonata for Two Pianos in D Major (K448), compared to others who were given relaxation instructions to lower blood pressure or who were simply exposed to silence. Although the effects did not last more than ten minutes, the mean spatial IQ scores were eight to nine points higher for this group, making for a rather noticeable difference between the three groups. This warranted more study, however, further tests proved inconclusive as other researchers produced differing results. While some indeed confirmed a temporary surge in spatial skills amongst their subjects, others were unable to reproduce the results. On her part, Rauscher maintained that the enhancement was limited to nothing more than spatial temporal reasoning; Marked increase in general intelligence had no place in the study.

Years after the UCI findings were published, the Mozart Effect continues to intrigue the general public. It became such a protracted debate that the Federal Ministry of Education and Research in Germany commissioned a study into the supposed effect of intelligence of prenatal exposure to classical music. An impressive team of nine musically-trained neuroscientists, psychologists, educationalists and philosophers was assembled. In April 2007, after an exhaustive, systemative review of available literature on the subject, the team of experts concluded that passively listening to Mozart or indeed, any other form of music, did not make one smarter. However, it did recommend that further study be conducted on whether taking music lessons would have a positive, permanent effect on children’s intelligence.

Regardless of the findings of experts in the academic and medical worlds, the original findings into the Mozart Effect has had a lasting hold in the imagination of people in more ways than one. They found their way into politics in January 1998, when the then Governor of Georgia in the United States, Zell Miller, announced that he would set aside USD105,000 every year in his state budget to allow for every child born in Georgia to receive a CD or a tape containing classical music. The Mozart Effect has had its effects in the commercial world too. It has become a marketing tool for the music industry, as online music stores cash in on the anticipation of expecting mothers and promote their specially-produced merchandise. One has even registered the Mozart Effect as its trademark, although this term was rightly coined by Alfred A. Tomatis, and popularised in a book by Don Campbell. Some mothers play classical music to their unborn kids with the help of belly headphones while an entrepreneurial business owner came up with Babypod, a bizzare, intra-vaginal device that broadcasts classical music to the baby in the womb.

Whatever the flurry of market excitement actually represents, a profound truth remains. The unborn is affected by sounds that it hears. A video posted online by the Discovery Channel shows babies in the wombs reacting to music and noise. The foetuses became agitated when loud, fast-paced music is played to them. With this in mind, perhaps it is time to rethink the practice of prenatal exposure to music at all. Does listening to piano classical music really produce more intelligent babies?

What do you think?

Music is intended and designed for sentient beings that have hopes and purposes and emotions.