Mozart And His Infamous Letters Of Scatalogical Humour | ThePiano.SG
Skip to main content 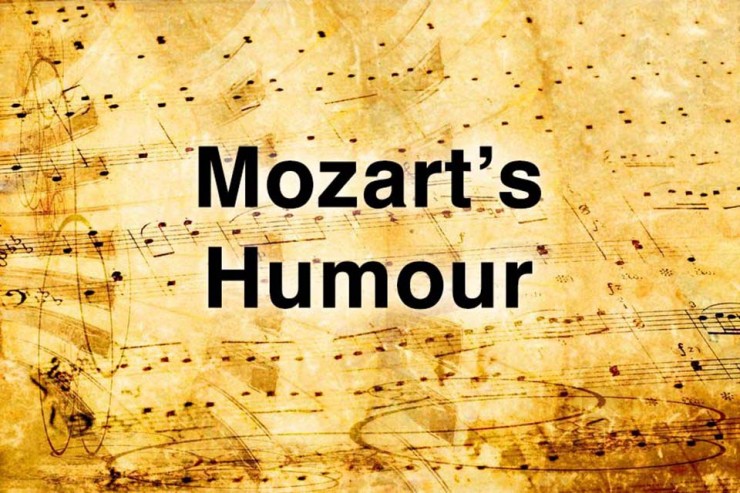 It is shocking that one of music’s most brilliant minds was also one who penned letters with obscenities. One particular individual was Wolfgang Amadeus Mozart, a prolific German composer, who seemed to have a thing for scatology, as evidenced in some of his letters and compositions.

Born in Salzburg, Germany, in 1756, Mozart was the son of a violinist at the court of the local Prince-Archbishop, Leopold Mozart. A child prodigy, Mozart was competent at many instruments, namely, the keyboard, violin and harpsichord.

While most three- to four-year-olds were playing with toys and were eager to try new things, Mozart was picking out chords on the harpischord and playing short pieces. By the age of five, Mozart was making music; he composed his very first piece titled Andante in C, K1a. Recognizing his son’s musical talents, Leopold took  Mozart on tours throughout Europe so that he would be exposed to a wide variety of playing styles.

Since then, he had composed over 600 songs, many regarded as pinnacles of symphonic, chamber and operatic music. In the words of Austrian composer Joseph Haydn, “Posterity will not see such a talent again in 100 years.” Some of Mozart’s best and most exciting symphonies were Symphony No. 39 in E Flat Major and Symphony No. 41 in C Major – compositions that reflect his talents and contemporary musical style.

Unbeknownst to most people, Mozart employed scatology liberally. Have a look at his suggestive love letter to his cousin, Marianne, written when the music virtuoso was in his early 20s. The letter showcases the composer’s witty wordplay and language that is befitting of the anus, with lines like “I wish you good night, shit in your bed all your might.”, “Oh my ass burns like fire.” and “I shit on your nose, so it runs down your chin.”

Sure, it is hard to fathom that such an amazing person would use scatology, but 18th-century German theater was full of strong language. As the award-winning American cultural anthropologist and folklorist Alan Dundes explains, “Up until now, the Germans are pretty tolerant of scatological matters.”

On another occasion, and while visiting his father’s hometown in Augsburg, Mozart wrote a letter to his father to report an encounter he had had with a priest named Father Emilian, which included lines like “[He was] an arrogant ass and a simple-minded little wit.” According to biographer Phillippe Sollers in his book titled ‘Mysterious Mozart’, “It’s common for the Mozarts to write strange things to each other.”

Although Mozart’s scatological letters were mostly directed at his family members, the music maestro was also apt at composing music that was worthy of the anus.

In 1782, Mozart wrote a “dirty” six-voice canon in B Flat Major titled Leck Mich Im Arsch. For those who do not know German, the canon’s title translates to “Lick Me In The Ass,” an old German idiom that is similar to the modern idiomatic expression, “Kiss my ass.” When Mozart’s publisher, Breitkopf & Hartel, received his manuscripts upon his death, the company changed both the title and lyrics of his canon to something that was publicly acceptable. The new title for the outrageously-titled canon was “Let’s be glad!”

Aside from Leck Mich Im Arsch, Mozart had three other infamous yet not-so-well-known compositions with obscene languages: Bonna Nox, Difficile Lectu Mihi Mars (K. 559), and O Du Eselhafter Peierl (K. 560a). All these, however, was nothing compared to the reaction of former British Prime Minister, Margret Thatcher, who refused to believe that the man who wrote such exquisite and elegant music could have been so foul-mouthed.

According to Peter Hall, the Director of Peter Shaffer’s play Amadeus, which Mrs Thatcher had watched, the latter had exclaimed, “He couldn’t have been like that.” Mr Hall recounted, “I offered (and sent) a copy of Mozart's letters to Number Ten the next day; I was even thanked by the appropriate Private Secretary. But it was useless: the Prime Minister said I was wrong, so wrong I was.”

While it is true that geniuses think differently, their gift can sometimes shock others. But let us not judge Mozart for composing songs and or writing letters that were full of obscenities.

The music industry is a strange combination of having real and intangible assets: pop bands are brand names in themselves, and at a given stage in their careers their name alone can practically guarantee hit records.