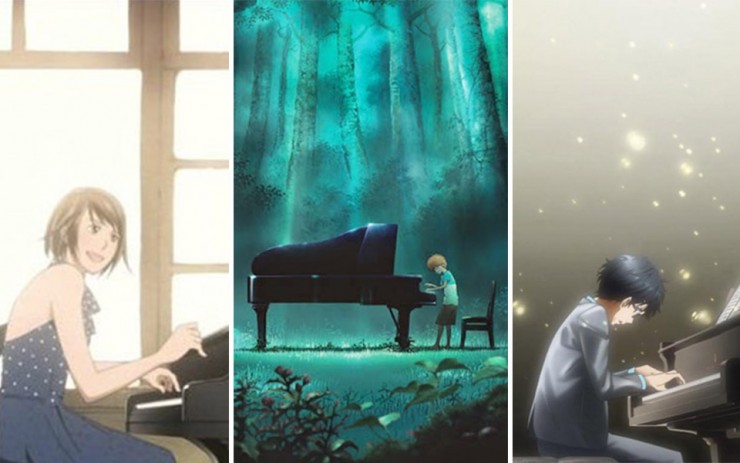 Motivate yourself today by watching some piano themed Japanese anime. They are extremely inspiring, both for teachers and students! After watching them, you might find yourself putting in hours of practice just to learn the pieces played by the characters! Here is a suggested list. 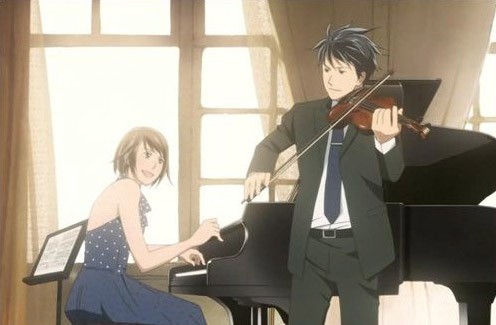 Shinichi Chiaki, an arrogant, multilingual perfectionist, is the top student at Momogaoka College of Music and has secret ambitions to become a conductor. Born into a musical family, he is talented in piano and violin and once lived abroad in the music capitals of the world as a young boy, but is trapped in Japan because of his childhood phobia of airplanes and the ocean. In contrast, Megumi Noda, or "Nodame", is a piano student at Momogaoka, notorious for messiness and eccentric behavior. Despite being very talented, Nodame prefers to play by ear rather than according to the musical score; thus, she is regarded as sloppy and playful.

When they meet by accident, Nodame quickly falls in love, but it takes much longer for Chiaki to even begin to appreciate Nodame's unusual qualities. Their relationship causes them both to develop and grow. Along the way, they meet some crazy people (like Masumi, Mine, and Stresemann) and make lasting friendships. Because of Nodame, Chiaki gets the opportunity to lead a student orchestra and begins to have a broader appreciation of people's musical abilities. Because of Chiaki, Nodame faces her fears and enters a piano competition. Opportunities open up as both begin taking risks, stretching themselves far more than they ever thought possible.

After graduation, Nodame succeeds in curing Chiaki from his phobias and they both move to Paris, where Nodame continues her piano studies at the Conservatoire de Paris while Chiaki starts a professional career as a conductor. In Europe, they encounter new friends and rivals, as well as keep in touch with their friends from Japan.

Shigatsu wa Kimi no Uso (Your Lie in April) 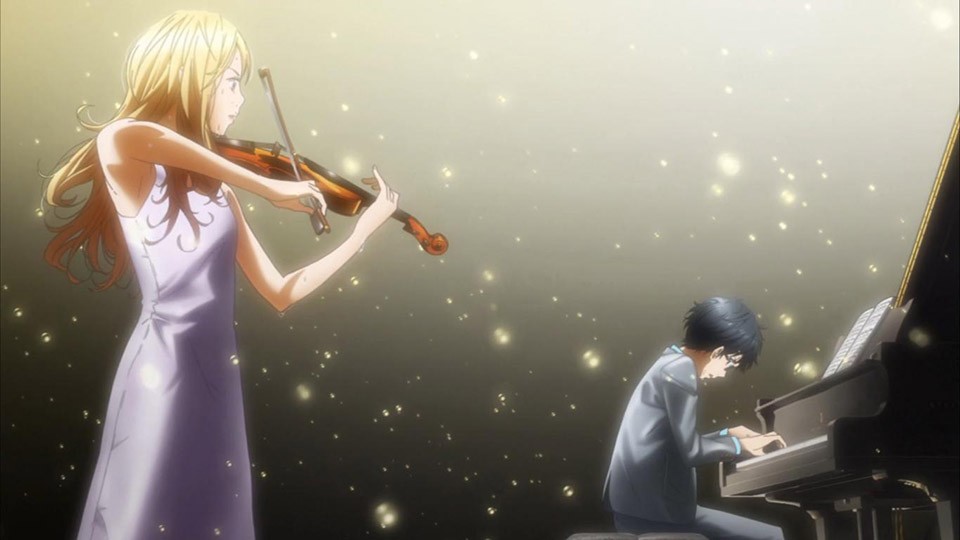 Piano prodigy Kousei Arima dominated the competition and has become famous among child musicians. After his mother, who was also his instructor, died, he had a mental breakdown while performing at a piano recital at the age of eleven. As a result, he is no longer able to hear the sound of his piano even though his hearing is perfectly fine. Two years later, Kousei hasn't touched the piano and views the world in monotone, without any flair or color. He has resigned himself to living out his life with his good friends, Tsubaki and Watari, until, one day, a girl changes everything. Kaori Miyazono, a pretty, free-spirited violinist whose playing style reflects her personality, helps Kousei return to the music world and shows that it should be free and mold breaking unlike the structured and rigid style Kousei was used to. 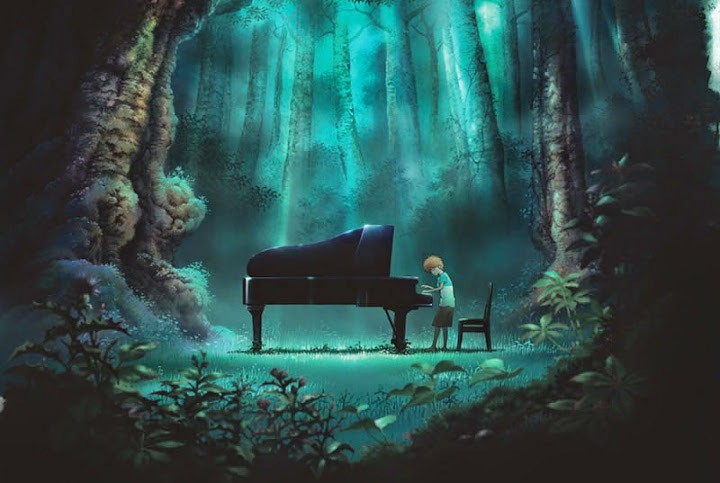 This is an ongoing manga by Makoto Isshiki, about Shuhei Amamiya, who transfers to Moriwaki Elementary filled with hope and ambition about his new life. But it doesn't take long before he gets picked on by the class bullies, and gets involved in a dare to play the mysterious piano in the forest, leading to his meeting an enigmatic child that goes by the name of Kai Ichinose, who seems to be the only one capable of getting sound out of the thought-to-be broken piano. His ability earns him the respect of Shuhei and his music teacher, former master pianist Sosuke Ajino. At first Kai is resistant to refining his art but after hearing Sosuke play a Chopin piece he just can't seem to play by himself, he relents.

The series was adapted as a 2007 Japanese animated feature film by director Masayuki Kojima and production company Madhouse. The film featured performances by the renowned pianist Vladimir Ashkenazy.

Piano no Mori received the Grand Prize for best manga at the 12th Japan Media Arts Festival in 2008. The movie adaptation debuted in 9th place at the Japanese box office the week it came out, unusually high for a non-franchise animated film.

I think there's nothing better than seeing a three-chord straight up rock 'n' roll band in your face with sweaty music and three minute good songs.