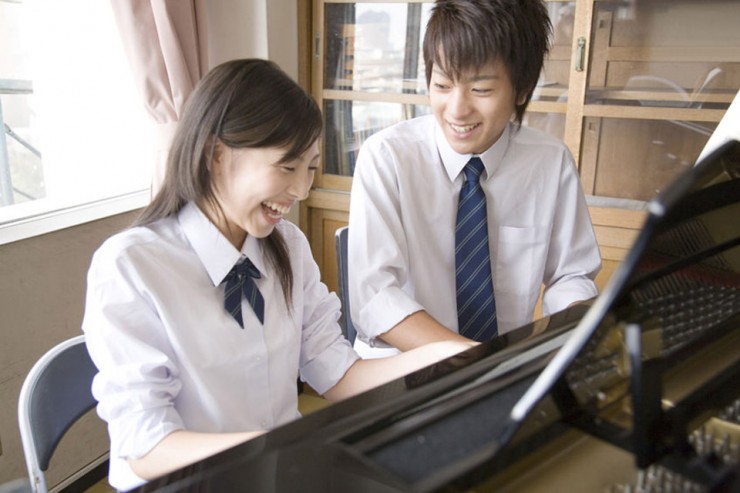 According to the "Grove Dictionary of Music and Musicians", there are two types of piano duets: "four hands" and the "piano duo". These are the two main ways by which two players can perform together. When both use the same piano, we term the duet "four hands". When each performs on a separate piano, they form a "piano duo".

The scores for piano four hands are commonly printed side by side, so that when opened up, both the left and right players can readily read and access the composition on their side. Alternatively, the score meant for the left player is printed below the one meant for the right player. The player on the right is called the Primo ("First") while the player on the left is called the Secondo ("Second").

Having two players on a single instrument lends itself to a few interesting situations. Individual performers have to develop a synchronised sense of rhythm so that they can anticipate the actions of their partners. Each has to pay careful attention during the performance to coordinate their moves. Occasionally a performer would be forced to shift his or her hand for a split second so that his or her partner is able to hit a key previously under that appendage. A more difficult scenario occurs when the secondo's right hand has to intersect with the primo's left hand.

The scores for piano four hands are quite often that the notes for the primo are in the treble clef; and the notes for the secondo are in the bass clef. Such an arrangement may prove challenging to decipher and translate into action if you have been playing solo all along. Pedalling is mainly exercised by the secondo player, the main reason being that pedalling is largely for the purpose of sustaining the chords of the harmony, and chords are usually found in the lower part which is played by the secondo.

The Mack sisters, both Steinway musicians, lent their combined skills to give a soothing interpretation of Bedrich Smetana's Vltava (the Moldau).

The piano four hand form might have a more comprehensive selection, but according to George Grove (who penned the dictionary mentioned earlier), the piano duo is "the more glamorous two-piano duet". Indeed, giants of classical music have composed a few works that require two pianists to play on individual instruments.

Mozart composed Sonata for Two Pianos in D Major, K. 448, which is one of his few compositions written for two pianos. This particular Sonata was also used by a group of researchers, Rauscher FH, Shaw GL, and Ky KN, from the University of California in Irvine in October 1993, when they published a paper in the Nature scientific journal named “Music and Spatial Task Performance” that tested the theory of the Mozart effect, suggesting that classical music increases brain activity more positively than other kinds of music.

If you are interested in collaborating with a friend in a piano duet, have a look at this list of compositions for four hands as well as piano duos!

To be alive, to be able to see, to walk, to have houses, music, paintings - it's all a miracle. I have adopted the technique of living life miracle to miracle.