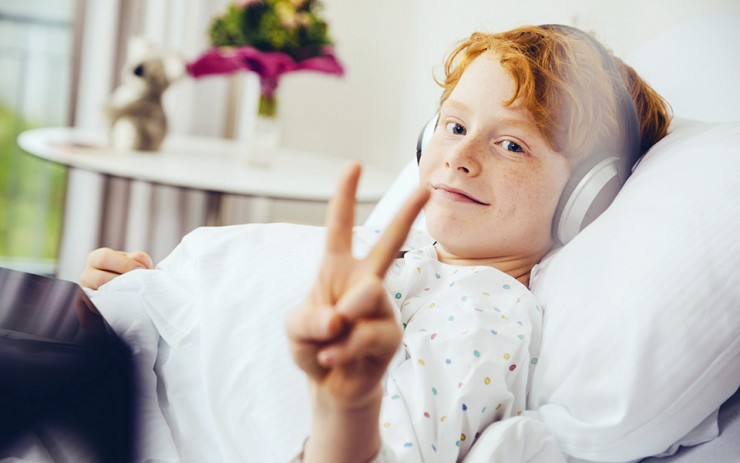 Since the start of time, music has accompanied humankind. Music has been used in different occasions and one main use is entertainment. However, the use of music goes beyond simple enjoyment. Mothers lovingly use music to coo their babies to sleep and people put on music as they go about their routine tasks. In recent years, music has found another area of great importance – music therapy.

Music is a powerful and non-invasive medium, making it suitable to engage with patients on the mental, physical and emotional levels. In the healthcare industry, music has been recognised as a form of therapy for patients suffering from various health issues and major hospitals are taking the lead in introducing music therapy to its patients. Such treatment is administered by dedicated music therapists who possess a degree in Music Therapy and have finished their supervised clinical training. They use music to help patients in a multifaceted apprach, like coping with their medical treatment and expressing their feelings.

One of the hospitals that uses music therapy is Assisi Hospice, which sees patients with terminal illnesses. Its paediatric palliative ward, the first in Singapore, takes in children with terminal illnesses. Caring for such young patients with irreversible conditions calls for unusual care methods and one of the tools employed by the hospice is music therapy. Recognising that some children enjoy music, paediatric nurses ensure that music is always playing by their beds. Music puts the young patients at ease, making it easier for them to undergo treatment. However, music therapy goes beyond helping children; it can be used on adult patients too. Music therapy has been known to keep older patients active and engaged, reducing the chances of having their minds wander and helping them with long-term rehabilitation.

At the Singapore General Hospital, music therapy is used on hearing-impaired children. Nurses at SGH know that children, being who they are, have the great potential of listening. Out came musical therapy, which proved to be a hit among patients. The young patients undergo an individualised music therapy programme, which sees the young patients appreciating music in a fun and interactive way.

At the KK Women’s and Children’s Hospital, music therapy is taken seriously. Knowing that music is able to offering emotional support and symptom relief, nurses at this hospital have been engaging distressed patients with music therapy. Here, music therapy goes beyond listening to music by the bed. Patients try their hands at playing instruments, singing and moving to music. A little musical movement has started in KKH’s Breast Cancer Unit, nurses have formed the Alpine Blossoms Support Group Choir. The Choir is busiest in the evenings, when it visits women’s wards and perform mini concerts. Judging by the fact that this Choir has lasted their seven years since its founding in 2010, it must be very well-received!

Music therapy does not only help patients recover faster but also enhances their quality of life during their stay in the hospitals. Playing music brings about a positive, healing environment for patients and their caregivers at the hospitals.

What I do remember is visualisation of the sound of music, seeing bodies in movement in relation to how music sounded, because my mother practised at the keyboard a lot and I also went to her lessons. As a two year old, three year old, I remember seeing things in movement.