Are You Allowed To Sing "Happy Birthday"? | ThePiano.SG
Skip to main content 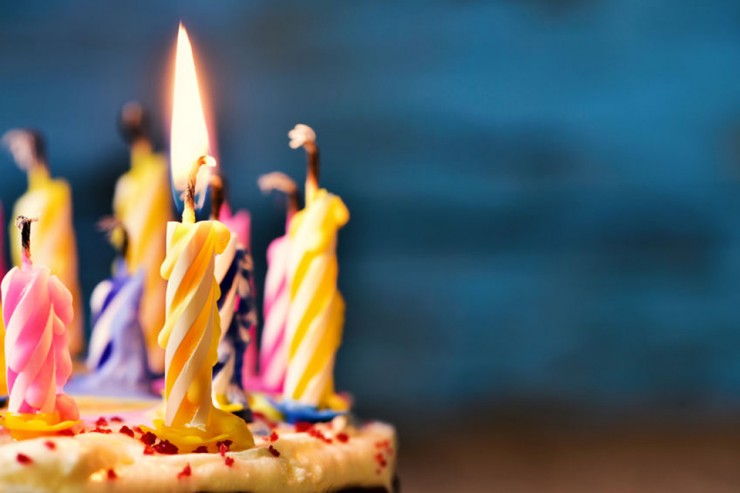 It is the most identifiable song in English according to the 1998 Guinness World Records, but the history of "Happy Birthday to You" is surprisingly rancorous and filled with lawsuits. You might have heard it hundreds of time, but what you might not know is the copyright status of the song remained cloudy and in contention for a very long time. Until recently, many television networks in America were concerned about broadcasting it for fear of paying royalties. By the end of this year, "Happy Birthday to You" (henceforth referred to as "Happy Birthday" in this article) is set to become a song accessible in the public domain.

"Happy Birthday" has its roots in "Good Morning to All", an earlier ditty created in 1893 by Patty and Mildred Hill, a musician and educator sibling duo living in Louisville, Kentucky. The melody of the song was painstakingly crafted in consideration of what a pre-schooler could absorb and reiterate, with half and quarter notes on a major scale given inside the same octave. The lyrics were also a charming example of simplicity, meant for a sing-along with little children:

Subsequently, educators and children popularised the use of the melody of "Good Morning to All" (henceforth referred to as "Good Morning" in this article) and in particular changed its words to wish people a pleasant birthday.

In 1901, what are now the lyrics of "Happy Birthday" first saw print as a poem by Edith Goodyear Alger. Ten years later, "The Elementary Worker and His Work" was published, the first text to link these lyrics to the music composition of "Good Morning".

A man called Robert Coleman published a collection of songs in 1924 that had "Good Morning" in word form and "Happy Birthday" as an accompanying verse. Summy Company, who owned the rights to "Good Morning", copyrighted six unique piano scores and an extended lyric created by their employees. This served as the foundation of the company's lawful claim to "Happy Birthday".

In 1946, Patty Hill passed away. Because she was the final living person who could lay claim to "Happy Birthday", and because copyright laws in the European Union stipulate that the copyright of a work lasts 70 years after its creator's demise, the public of European countries can freely use her song after 31 December, 2016.

In 1957, after buying over C.C. Birchard & Company, Summy Company transformed into the Summy-Birchard Company, and in the 70s the latter was made a division of another parent company, Birch Tree Group Limited.

Birch Tree was itself purchased by Warner/Chappell Music for US$25 million in 1988.

Warner milked the copyright of "Happy Birthday", charging broadcasting media and performers royalties as long as it was sung for profit or in front of enough people unrelated to the performer. Warner was able to earn US$2 million dollars a year from these institutions because insurers required companies they fund to distance themselves from legal liability and save trouble.

The idea that one had to pay to sing this ubiquitous song drew the ire of many. Jennifer Nelson actually set out to chronicle the history of "Happy Birthday" and had to pay Warner US$1500 for royalties as part of her efforts. When she had collected enough information to show that Warner's claim to the song was on shaky ground, she sued Warner on June 13, 2013 to regain her money.

On September 22, 2015, a federal court ruled that Warner had no basis in owning the lyrics of "Happy Birthday". The 1935 copyright maintained by Warner covered only a particular music composition, and had no hold over other variations or the song words. In fact, Warner could not produce compelling evidence that they owned the rights to its lyrics.

On the other hand, Nelson's lawyers showed a copy of "The Everyday Song Book", a compilation published in 1927 containing "Good Morning" and "Happy Birthday" and the line "Special permission through courtesy of The Clayton F Summy Co.", as opposed to a formal copyright acknowledgement.

Since the copyright to the song's tune had already expired, Nelson's lawyers argued that "Happy Birthday" could be freely sung by the common folk as a matter of fact. The judge agreed, and issued a tentative verdict in favour of Nelson's representatives.

With no recourse, Warner had to on February 8, 2016, reimburse US$14 million to entities who had paid them royalties to perform "Happy Birthday", and agreed to let the court rule that the common citizenry could access it for free. One last hearing was placed on March 2016.

Warner paid back the remaining reimbursement on June 28, 2016, and the court declared that, "as of the Final Settlement Date, the Song entitled ‘Happy Birthday to You!’ will be in the public domain." This episode marks the juncture that free use of the song was transferred to us.

The entire history of ownership of the "Happy Birthday" song shows that copyright laws, although important to safeguard creative efforts, can be exploited by unscrupulous companies seeking to monopolise and profit from popular works by means of dubious claims. Thankfully, we can now sing the Birthday Song in public performances without fear of lawsuits.

Don't only practice your art, but force your way into its secrets; art deserves that, for it and knowledge can raise man to the Divine.