How Does A Metronome Work | ThePiano.SG
Skip to main content 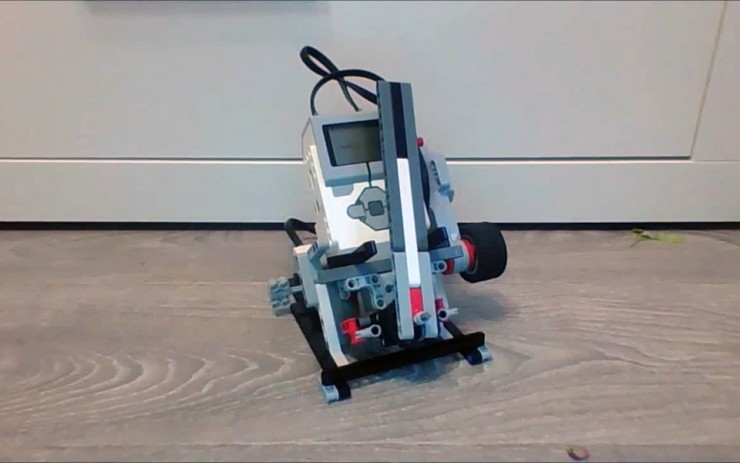 Learners of music would have been introduced to the metronome in the course of their lessons. This device, which can exist in different shapes and sizes, is designed to produce beats to allow the performer to keep to a certain tempo. It is meant to complement the notes and rests that appear on sheet music, for these notations give the lengths relative to other notes (beat, half beat, quarter beat, rest, half rest, quarter rest) but do not give the actual lengths of time.

With the metronome, the music novice is able to replace what would otherwise require his or her imagination. The tempo is denoted in beats per minute (bpm) and is normally written in this format: “M.M. (Maelzel’s metronome)♩= 80”, in this case, we have 88 beats per minute.

Contrary to popular belief, the metronome was not invented by Johann Nepomuk Maelzel. The idea of a metronome was conceptualised as early as the 9th century, when Abbas Ibn Firnas tried to create something with the semblance of a metronome, though it was not known by this name then. In the late 1600s, Galileo Galilei and Etienne Loulié tried their hands at making it, however, they met with limited success. The metronome as we know it today did not appear till 1814. Dietrich Nikolaus Winkel created this device, however, he failed to secure a patent for it and two years later, Johann Maelzel improved it by adding a scale and producing it commercially. He called it Maelzel’s Metronome.

The metronome has come a long way since its inception in the 19th century. Today, metronomes come in various forms.

In addition to electronic metronomes, software metronomes are available on the Internet. These modern-day applications allow users to install them onto tablets and mobile phones, eliminating the need to carry physical devices around. A variation of software metronomes exists in which the beeps are replaced by prerecorded click tracks. Depending on what has been recorded, different sounds play at the right times, giving the users a different metronomic experience. Some software metronomes incorporate click tracks as a cue to keep musicians on the same tempo.

Perhaps what captures many people’s imagination, however, is still the mechanical metronome. This is a mechanical device that is shaped like a pyramid and features a double-weighted pendulum. The mechanical metronome has two weights. One is a fixed weight attached to the bottom of the rod and hidden within an enclosure, while the other is a movable weight that slides along the upper, exposed part of the rod. While traditional metronomes are made of wood, the modern ones are made of plastic. Nonetheless, they operate with the same principle – that of a pendulum’s movement.

The mechanical metronome, like the simple pendulum, employs the same principles of physics, involving gravity as well as potential and kinetic energy. There are two major differences, nonetheless. Firstly, the metronome has two weights instead of one. Not to be confused with the double pendulum , which is a series of two weights joined together and which displays chaotic movements, the double-weighted metronome has a second weight that can be slided on the rod. This effectively lengthens and shortens the rod, thus giving rise to different time periods and varying the tempo. A metronome is typically capable of producing 40 to 208 bpm. The majority of music compositions uses 60 to 180 bpm.

The second major difference between a pendulum and a double-weighted metronome is that apart from a rod and two weights, the latter also contains a spring and what is known as an escapement mechanism. The spring helps to keep the audible beep at a constant volume so it can be used by the music learner or performer. The escapement mechanism, on the other hand, keeps the metronome going by continuously unwinding and imparting energy to the rod and weights. For this reason, the metronome does not slow down significantly due to air resistance like a pendulum does.

With this wonderful invention, music learners can now pace their playing. When learning more difficult pieces, they may start with a lower tempo and slowly graduate to a faster one when they become more familiar with them. Concurrently, the metronome’s beeps help remind them of the correct pace, as new learners can sometimes go too fast or fall behind the tempo.

To the amazement of some, metronomes possess the amazing ability to synchronise with one another. In a widely-circulated video, a group of clicking metronomes out of phase with one another are placed on a board that in turn sits above two empty drink cans. Clicking in their own phases initially, they soon synchronise into the same phase. There is an explanation for this. Sitting on moving cans, as opposed to a stationary solid surface, the metronomes transfer energy to one another. Eventually, they reach equilabrium and settle into the same phase.

For all the wonders of the metronome, however, this device has its critics.

Some musicians feel that when playing music, one should go with the flow of one’s emotions, rather than be guided by an artificial timekeeper. In his book Fundamentals of Piano Practice, Chuan C Chang said, “... using the metronome as a constant guide to ramp up the speed or to keep the rhythm. This is one of the worst abuses of the metronome... If over used, it can lead to loss of your internal rhythm, loss of musicality, and bio-physical difficulties from over-exposure to rigid repetition.”

Echoing these sentiments, Jennifer Merry remarked, “What is musical rhythm? Perhaps it is the difference between a performance that is stiff and metronomic in its strict adherence to the beat, and a performance that flows with elasticity and flexibility that emanates from the music itself.”

Metronomes have evolved over the years, transforming from the wood-based devices first seen in 1814 to the software-based ones today. Perhaps it is fitting to mention that the humble metronome has even inspired games.

Danish gamebrick maker Lego markets a set of game kits known as Lego Mindstorm that consists of their well-loved bricks, sensors and motors, as well as built-in computers. The idea is to allow creative players to build robots customised to their desires and limited only by their imagination. One player created a robotic metronome that moves like a real metronome and that has a wheel for a tempo adjuster. Even during modern times, when the digital metronome has taken the place of many traditional ones, the mechanical metronome still retains its appeal to many.

Music is made one of Satan's most attractive agencies to ensnare souls; but, when turned to a good account, it is a blessing. When abused, it leads the unconsecrated to pride, vanity, and folly.