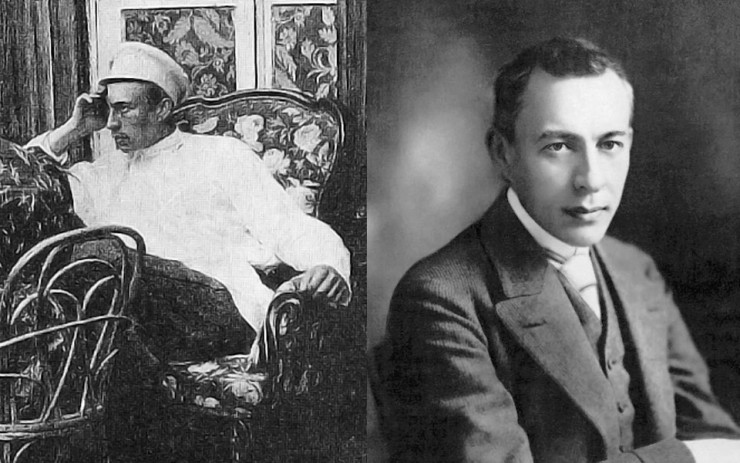 You may have heard of the term writer’s block, which is a well-documented condition that affects some of those who write or compose. You can describe it as a situation when it becomes difficult to come up with the right words or when no compelling ideas cross your mind.

Edmund Bergle was the first one to document writer’s block in 1947, although people had already suffered from it long before that.

Some writers agree that creative slowdown is frequent in their careers. Adele, a songwriter and singer, admits that she experiences writer’s block.

Another famous composer who went through this state was Sergei Rachmaninoff, who entered a decline following Pyotr Ilyich Tchaikovsky’s death in 1893.

During this time, Rachmaninoff was working on his Symphony No. 1, and had worked so hard on it that he had to hear it performed before he could return to composition.

However, when it premiered in 1897, critics utterly condemned it.

A critic and composer César Cui compared the piece with a depiction of the Ten Plagues of Egypt and brutally suggested that it would be well-received by the "inmates" of a music conservatory in Hell. The harsh comments immensely affected Rachmaninoff, and confessed that he was “deeply distressed and heavily depressed by the fact that my Symphony ... did not please me at all after its first rehearsal.”

Following the negative critical reaction, Rachmaninoff never performed Symphony No. 1 again, but he revised it into a four-hand piano arrangement in 1898. Then, he fell into a depression that lasted for four years, suffered from writer’s block, and composed almost nothing.

He said these four years was "Like the man who had suffered a stroke and for a long time had lost the use of his head and hands". He had to give piano lessons to made a living.

There was a brief moment of hope when he attempted composition again in Feb 1899, and completed two short piano pieces, Morceau de Fantaisie and Fughetta in F major, which earned positive reviews.

However, Rachmaninoff had become so self-critical by 1900, and composing had become near impossible despite multiple attempts.

Upon his aunt's suggestion to seek treatment from a family friend, physician and amateur musician Nikolai Dahl, Rachmaninoff agreed immediately and underwent hypnotherapy and psychotherapy sessions with Dahl on a daily basis between January and April 1900, which aimed to improve his sleep patterns, mood, and appetite and reignite his desire to compose.

It worked! Rachmaninoff felt that "new musical ideas began to stir" and successfully resumed composition, and completed his first work after recovery in April 1901 - Piano Concerto No. 2, and dedicated to Dahl.

Not only was it received enthusiastically by the public, Piano Concerto No. 2 also won Rachmaninoff a Glinka Award and a 500-rouble prize in 1904.

If you ever feel stuck with your work, Irene L. Clark, author of Concepts in Composition, suggests strategies that include group discussions, journals, free writing and brainstorming, clustering, making lists, and systematic questioning.

Also, find a time that suits you the best to write, or calm down a chaotic mind with some mindfulness and meditation.

My musical influence is really from my father. He was a DJ in college. My parents met at New York University. So he listened to, you know, Motown, and he listened to Bob Dylan. He listened to Grateful Dead and Rolling Stones, but he also listened to reggae music. And he collected vinyl.