Dussek or Liszt: Who Was First To Place Piano Right Angle To Audience | ThePiano.SG
Skip to main content 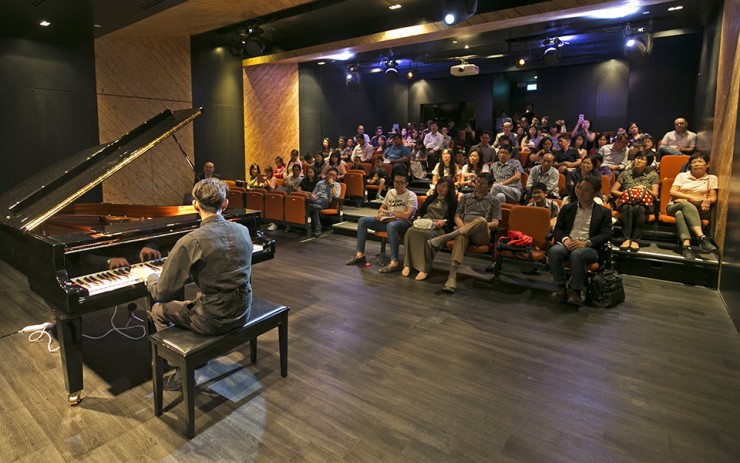 If you have watched a piano concert or recital, whether “live” in a concert hall or on YouTube, you would have noticed that pianists on stage all sit in a fixed way. They sit with their right sides facing the audience.

Why do performers sit in this way? Why are the pianos placed in this position, at a right angle to the audience? Have you ever wondered who set this precedent? Who was the first performer to do this?

Over the years, numerous Internet articles have quoted Franz Liszt (1811 - 1886), a Hungarian composer, as the pianist who started it all. They claim Lizst initiated the practice of placing the piano at a right angle to the audience.

What is surprising, however, is that there is another composer who may actually be given credit for this practice. Jan Ladislav Dussek (1760 - 1812), who came from a family of musicians in the Czech lands and lived about half a century before Franz Liszt, might have been the first to adopt this practice.

Harold Charles Schonberg, an American music critic and journalist, wrote in his book that Dussek started the practice of sitting before the piano at a right angle to the audience, earning him the title of "le beau visage" (that means “the beautiful face”), and that following Dussek’s lead, all future pianists have continued to sit this way.

Schonberg’s words carry weight in the music world. Not only did Schonberg, who worked for The New York Times, became the first music critic to win the Pulitzer Prize for Criticism in 1971, he also reviewed mysteries and thrillers for his employer for more than two decades.

Schonberg was also the author of many books on music. Schonberg published 13 books, most of them on music. The collection included The Great Pianists: From Mozart to the Present (1963, revised 1987) and The Lives of the Great Composers (1970; revised 1981, 1997).

In his book, The Great Pianists: From Mozart to the Present, he wrote:

“It had to come. During the last quarter of the eighteenth century, with the institution of the public concert well on its way and with pianists beginning to capture international attention, the problem insistently asserted itself: how was the pianist to sit while playing before audiences in the concert halls? With his back to them? Facing them? The problem was new and had not previously arisen, for Mozart and Clementi had done nearly all of their playing in salons rather than concert halls. Jan Ladislav Dussek solved the problem once and for all time. He was the first to sit with his right side to the audience. This way two ends were accomplished.”

Schonberg noted that in adopting this seating postion, Dussek achieved two aims. Firstly, Dussek displayed his noble side and the bow of the piano to the audience. Secondly, the lid of the piano, now raised, would reflect the tone emanating from within the piano and project it to the audience.

Johann Wenzel Tomaschek, a composer and piano teacher from the 18th century Czech lands, trumpeted Dussek's revolutionary achievement. Tomaschek was certain that the credit belonged to Dussek. In fact, he claimed, all other pianists immediately followed in Dussek’s footsteps, "although they may have no very interesting profiles to exhibit."

Well, what do you think? Was it Dussek or Liszt?