History Of The Piano | ThePiano.SG
Skip to main content 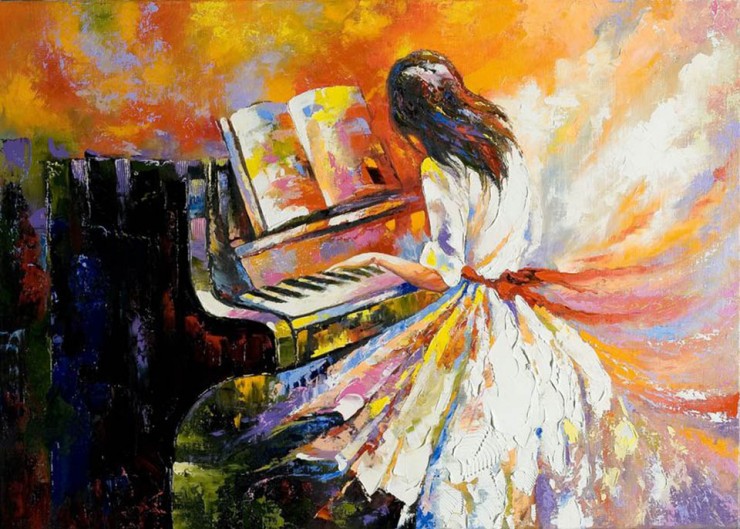 Since ancient times, music has been a part of human life and culture. Simple items were constructed to play a variety of sounds and they eventually developed into real musical instruments in the 14th and 15th centuries.

The clavichord was created with more strings attached to the keyboard to allow for volume control and a range of musical sounds. However, it was too soft for performance playing and was used for practice purposes instead.

In the 15th century, the harpsichord was constructed to produce sufficiently-loud sounds to allow for performance playing. Sadly, the harpsichord left many musicians disappointed as it did not allow for variation of volume for musicians to express the emotions behind the musical pieces that they were playing.

Inspired by the harpsichord and driven by the desire to construct a more refined keyboard instrument, Bartolomeo di Francesco Cristofori, a harpsichord maker in Padua, Italy, created the first piano in 1700.

It had good sound projection and different musical tones. The piano was initially named gravicembalo col piano e forte, roughly translated as a “soft and loud keyboard instrument”. Over time, the name was shortened to pianoforte and eventually the name we are all familiar with today, the piano.

The piano took some time to gain popularity in Italy. Cristofori sold five pianos to Queen Maria Barbara de Braganza of Spain, who was a patron and student of Domenico Scarlatti, a well-known music composer in the 17th century.

Lodovico Giustini, a music composer, was so inspired by the piano that he wrote and published twelve Sonate da Cimbalo di Piano e Forte Detto Volgarmente di Martelletti in 1732, which is roughly translated as “Sonatas for Harpsichord with Piano and Forte”. The Sonatas were dedicated to Dom Antonio de Braganza, Queen Maria’s uncle, who was also a fervent student of Scarlatti.

Over the years, Cristofori’s students and other music instrument makers continued to refine and evolve the piano. Amidst the refinements made to the piano over the last three centuries, it is simply beautiful to observe how the modern piano bears many similarities to Cristofori’s initial pianos.

As of today, three original Cristofori pianos exist for music lovers’ appreciation – a 1720 creation is housed in the Metropolitan Museum of Art in New York, a 1722 creation can be found in the Museo Strumenti Musicali in Rome and a 1726 creation is on display in the Musikinstrumenten-Museum of Leipzig University in Germany.

Grand pianos are often seen in hotel lounges, small concert venues and some music schools. Concert grands, on the other hand, command the stage in prestigious concert halls across the world, such as the world-renowed Carnegie Hall in New York City.

Upright pianos are more compact, have fewer octaves and are most commonly found in homes and educational institutes.

Electric pianos use metal strings with a magnetic pickup and are connected to amplifiers, while electronic pianos simulate the piano key sounds, with the use of oscillators.

A close cousin, the digital piano, is more advanced compared to electronic pianos, as it uses digital sampling technology to simulate the acoustic sounds of the piano keys more accurately and distinctly.

To many, music expresses what words fail to express or are inadequate in expressing. Regardless of the type of piano, the music created is to be enjoyed and appreciated by all.

I listen to all kinds of music - new music, old music, music of my colleagues, everything.