A Tribute To Ex-Singapore President Ong Teng Cheong - A Fervent Promoter Of Music & The Arts | ThePiano.SG
Skip to main content 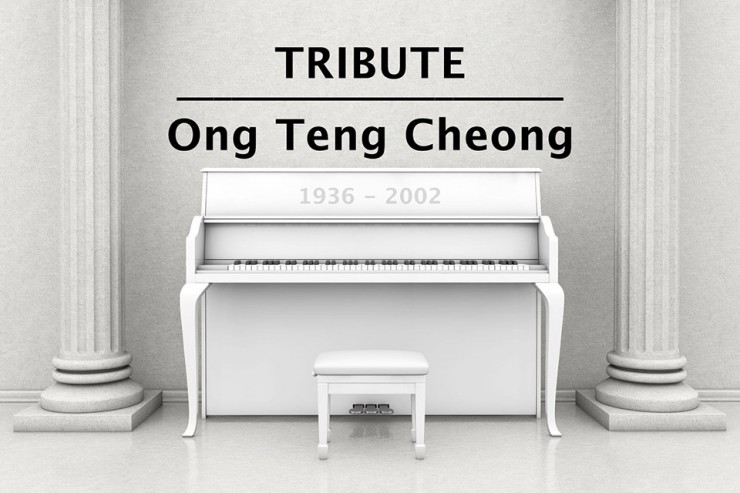 The late Mr Ong Teng Cheong will always be fondly remembered as the fifth President of Singapore who held office from 1 September 1993 to 31 August 1999. Mr Ong’s presidency was marked by many charity projects and Mr Ong was strongly regarded as a people’s President by the citizens of Singapore.

An architect by training, Mr Ong was very passionate about music, the arts and charity. Being an accomplished musician, Mr Ong had a strong love for the piano and occasionally played the piano at public events.

He even played a major role in setting up the Singapore Symphony Orchestra (SSO). Mr Ong had a hand in conducting the SSO and he first commissioned the SSO’s President Young Performers Concert in 1995, to raise funds for selected charities. The President Young Performers Concert was officially launched in 2001, 22 years after the establishment of the SSO. In April 1998, the SSO held a fund raising drive and Mr Ong graced the rehearsals to motivate the orchestra.

Throughout Mr Ong’s six year tenure as the President of Singapore, he was heavily involved in the promotion of the arts and music scene in Singapore. It was his belief that the arts and music would help to create a common Singapore culture and identity, as well as to promote a strong sense of pride and togetherness. Through music and even more so, his personal touch, Mr Ong wanted to make a positive difference in people’s lives and this was what endeared him in the hearts of Singaporeans.

Mr Ong’s personal touch was embodied in an incident that happened in December 1981. Mr Ong, then the Minister of Labour and Communications, had been visiting Block 26 in Kim Keat when he was invited into the home of six-year-old Ng Chuin Ting.

Although the little resident in his constituency had only learned the piano for a month, she voluntarily played for Mr Ong. What transpired subsequently surprised Chuin Ting and her mother;  Mr Ong gave an impromptu rendition of “On The Street Where You Live” from the musical “My Fair Lady”. Things went further when both Mr Ong and Chuin Ting got into the mood, with the former playing Jingle Bells and the little fan singing along.

This incident reinforced the notion that Mr Ong was truly a people’s President in people’s minds. At the same time, getting into a duet with a six-year-old girl was an apt demonstration of Mr Ong’s belief that music truly binds people of different backgrounds together and connects people of all ages.

This was accentuated when Mr Ong’s piano teacher Daniel himself commented, “In music, there’s no age limit.” Indeed, even though Mr Ong had studied the piano up to Grade Eight – as the public later found out – nothing would truly stop a young person from taking baby steps towards learning music, so long as he or she was willing to.

Mr Ong initiated a number of charities during his tenure, such as the President’s Star Charity, which eventually benefitted more than 160 organisations. In the 1999 President’s Star Charity show, Mr Ong stepped up to the stage to personally give a piano performance, accompanied by MediaCorp artistes Kym Ng and Evelyn Tan. Mr Ong played one of the famous pieces during his time, The Moon Represents My Heart, a Mandarin song made famous by Taiwanese legend Teresa Teng. It was truly a memorable performance to be remembered for a lifetime.

Mr Ong’s promotion of the arts in an official capacity started early. In 1978, when Mr Ong was the Acting Culture Minister, he created the Singapore Cultural Foundation, whose mission was to “essentially play a catalytic role in creating a vibrant cultural life.” The Foundation, he added, had the objective of creating “a congenial atmosphere in which cultural activities can thrive and local talents can blossom forth.” Under Mr Ong’s patronship, the Foundation raised $1.2 million in donations within three months of its creation.

Mr Ong’s dedication to the promotion of the arts and culture also led to engaging debate among Singaporeans. Mr Ong had, in 1979, invited cultural bodies and even individuals to contribute ideas on how best to better the culture among the public.

Responding to his call, many suggested the setting up of arts schools, particularly within universities, where students would benefit from good facilities and quality training. However, some argued that it would be precipitous to create such schools when the social environment then was hardly ready for the influx of future artists and musicians. It would be more important, they suggested, to teach art- and music-related subjects in universities. Grooming people trained in and who were appreciative of the arts would allow these future leaders to create an ecosystem in the country in which art forms would fluorish and mature.

For someone so passionate about arts and music and a love for his people, Mr Ong had serious views about these cultural forms. His emphasis on music education cannot be overstated. In 1979, he reportedly rapped some schools for removing music lessons from their timetables. Mr Ong truly believed that the best way to engage people in music was during their youth, and that young people had to utilise their time wisely.

In 1988, Mr Ong held the role of the Chairman of the Advisory Council on Culture and the Arts. The council’s report, which detailed the policies governing the growth of these areas in Singapore and was released the following year, made a strong recommendation for the construction of a new performing arts centre – an idea first mooted by Mr Ong in 1975. Mr Ong, then the Minister of Culture, was subsequently involved in the designing of the Esplanade - Theatres on the Bay, which was finally completed and unveiled in October 2002.

The Advisory Council’s report also led to the eventual setup of the National Arts Council (NAC) and the National Heritage Board (NHB), agencies that have been playing a key role in shaping Singapore’s arts and cultural landscape.

Given that Singapore was rapidly industralising and rising in status as a regional financial centre, it was fitting that attention be given to the non-economic aspects of the country’s growth. In the words of the Advisory Council, “We have reached a stage in our economic and national development when we should devote greater attention and resources to culture and the arts in Singapore. Culture and the arts add to the vitality of the nation and enhance the quality of life.”

In the years that followed, the NAC would champion the performing, visual and literary arts forms, while the NHB would preserve and promote Singapore’s rich cultural heritage. Mr Ong’s leadership of the Advisory Council benefitted Singapore in no small ways.

A sad but touching final moment on the piano marked Mr Ong’s demise. Mr Ong had just been discharged from hospital and had been unable to play the piano for weeks, owing to his fight with lymphoma. On 7 February 2002, however, he made the effort to play his late wife’s favourite tunes before going to bed. Mr Ong passed away peacefully in his sleep the day after. As Mr Ong’s eldest son Tze Guan recounted, “That was the last significant thing he did before embarking on his journey to meet mum.”

Mr Ong’s contribution to Singapore’s arts scene did not go unnoticed. Following Mr Ong’s death by cancer on 8 Feb 2002, the National University of Singapore launched the Ong Teng Cheong Professorship in Music. The Professorship helps to fund musicians to teach at the Yong Siew Toh Conservatory of Music.

During ex-President S R Nathan’s speech on 2 October 2002 to launch this Professorship, he paid tribute to the late President Ong for his dedication to and personal involvement in the local arts landscape. He noted that Mr Ong had taken a personal interest in developing and encouraging young Singaporean musicians and artists, paying close attention to every performer and artist who participated in such events as the President’s Charity Art Exhibition and the President’s Charity Concert.

In April the following year, the Ong Teng Cheong Concert was held at the Esplanade. Featuring young Singapore music talents, this concert was assigned as the event to mark the close of the Music Box Festival.

This was a deliberate move by The Esplande Company and would have moved the heart of Mr Ong. Indeed, in his 2002 speech, ex-President Nathan had described the Esplanade as being “most symbolic of Teng Cheong’s imprint on our artistic landscape”. Very aptly, schools were permitted to use the Tote Board Arts grant to subsidise the tickets, in a clear attempt by the Government to make the performing arts accessible to the young.

I hear music that comes out of need, out of grief, sorrow, suffering and out of overcoming these things, as well. That journey to freedom still goes on today. It's an incremental change, the culmination of many events in your own life and the lives of your children and grandchildren.