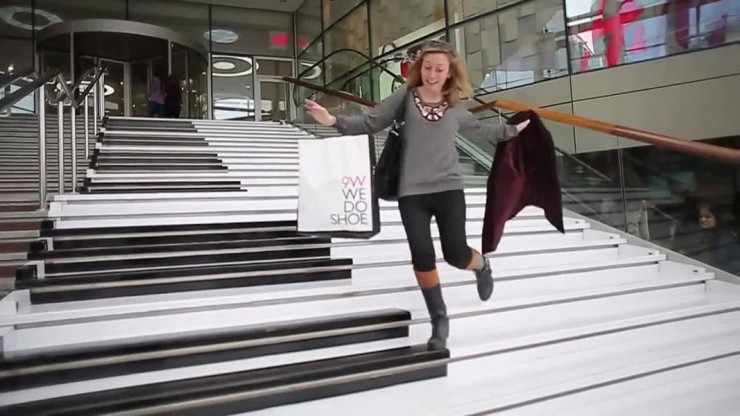 Pianos have captured the imagination of composers and musicians through the centuries. From the early days of the harpsichord to the electronic keyboards we see today, this sound machine has seen multiple transformations in an ever-changing world.

While the internal mechanisms of pianos keep getting makeovers, as hammers and strings make way for circuit boards and electronic components, one thing, however, has remained largely the same. The keyboard has seen few changes over the centuries.

Till today, the keyboard retains its familiar look. Elongated, white keys, interspersed by shorter, black keys, protrude from the main body that protects the precious mechanisms, ready for the actions of the humans sitting before them. Even children’s toy pianos feature the same, albeit with lesser keys.

Humans, the creative masters of the world, have been harnessing the visual appeal of keyboards and applied them to traditionally-non-musical areas, with amazing results.

A Turkish company has made it its business to dress the stairs in buildings as piano keys. Known aptly as The Piano Stairs, the company travels around the world to install the ubiquitous black-and-white keys onto public stairs.

These are not pure, decorative pieces, however. The keys do work like real piano keys and with each step that commuters take, a note is produced. Sensors embedded under the layer of keys send electrical signals to a computer, which analyses them and produces a corresponding sound that is broadcast from hidden speakers.

The Armada Shopping Mall in Ankara, Turkey, was an early beneficiary. Shoppers warmed up to them quickly and gladly made music as they made their way up and down the stairs. Since then, the vendor has expanded out of Turkey and performed similar installations in Russia and Guatemala.

Istanbul Forum Teknosa Exxtra, another mall in Turkey, dressed up the main stairs as piano keys about six years ago. While some expressed curiousity about the newly-installed piano, young people quickly put their creativity to the test. A group of youngsters was seen dancing to the tune of Lugwig van Beethoven’s Fur Elise (Für Elise), clearly lost into their own world of musical indulgence.

Thousands of miles away in Stockholm, Sweden, the city transport authorities, in collaboration with German car manufacturer Volkswagen AG, decided to install piano keys on a flight of stairs leading out of Odenplan subway station. It was part of the German company’s programme called The Fun Theory, in which it tried to change the way people went about their lives for the better. In the case of the Odenplan piano keys, the purpose of the experiment was to encourage people to use the stairs instead of the escalator. This seemed to work, as, according to Volkswagen, since the project debuted, 66% more commuters than usual had chosen to abandon the escalator for the piano stairs. There were clearby health benefits to be reaped!

The great composers of days past would never have imaged that contemporary city-dwellers would enjoy their compositions in this fun and novel way, however, if people could enjoy music and have fun at the same time, why not?

The aim and final end of all music should be none other than the glory of God and the refreshment of the soul.