Classic Cartoons Promote Cultural Literacy Through The Use Of Classical Music | ThePiano.SG
Skip to main content 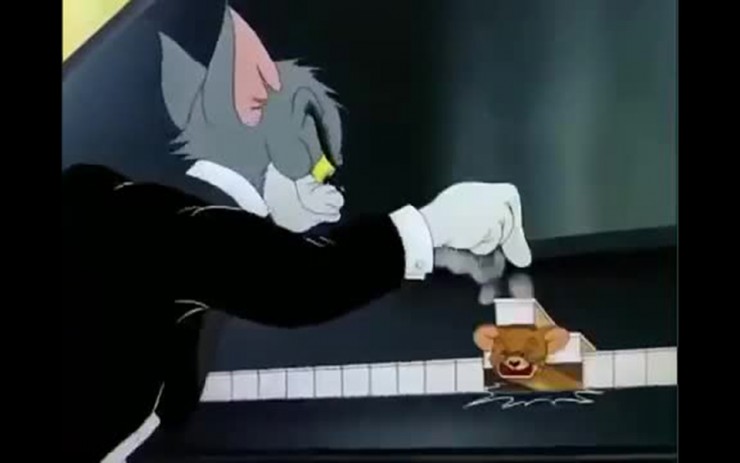 Art Spiegelman, the Pulitzer-prize American cartoonist well-known for his series Maus, once said, “Comics are a gateway drug to literacy.” Indeed, cartoons do more than just blindly entertain. Through the use of words, pictures and facial expressions, they engage readers in a compelling narrative, often with important lessons incorporated into the storyline. Multi-modal language enables readers to not just enjoy the story but also pick up important comprehension and language skills.

As technology advanced, the comics of old gradually gave way to television cartoons, the spirit of sharing and learning never disappeared. Over the years, classic cartoons, mostly produced by Warner Bros, have accompanied countless children in their learning journeys. While comics in traditional print formats comprised pictures and words, television cartoons could pack a lot more information into a single movie reel. Overnight, new video technology meant moving videos, dialogue and music could be an important part of the storyline. Creative television producers wasted no time in leveraging the opportunity to showcase their artistic talents.

Apart from allowing producers to tell stories in a more entertaining and engaging manners, the sudden opening of this huge audio-visual artistic door created a chance to allow traditional works to be retold to a new audience. Soon, works of literature found its way into these classic cartoons. A classic case was when The Strange Case Of Dr Jekyll and Mr Hyde, a novel from Robert Louis Stevenson, was adapted into the storyline of one of the episodes of Bugs Bunny, the famous cartoon featuring the personified streetsmart rabbit who often outwits other characters.

Perhaps more interesting is the use of classical music in these cartoons. One of Warner Bros’ productions, Rhapsody in Rivets, produced in 1941, features late Hungarian composer Franz Liszt’s Second Hungarian Rhapsody not once but multiple times. An episode of Tom and Jerry, the popular cartoon depicting the cat and mouse in a perpetual chase, titled The Cat Concerto, also features Liszt’s work - Hungarian Rhapsody No. 2.

The Cat Concerto, released in 1947, probably goes further than most other cartoons, for viewers do not see simply hear a famous composer’s work as part of the cartoon sequence. This episode actually features Tom the cat donning a suit and appearing in a concert hall. He makes his way across a concert hall stage, performs a curtsy and settles on his bench, before proceeding to strike the keys in the beginning of what turns out to be a beautiful renditition of Liszt’s well-known work. Jerry, the mischievous mouse, awoken from deep slumber within the piano, creates disturbances, to which Tom furiously reacts in different ways. Although the composition has been adapted in some parts to fit the storyline as part of Tom’s futile attempts to catch Jerry, this cartoon nonetheless introduces young viewers – and some older ones, too, undoubtedly! – to not only classical music but also the internal workings of a piano. This is musical literacy promotion at its best!

Other famous compositions have also found their way into classical cartoons. Tales From The Vienna Woods by Strauss II is featured in Warner Bros’ 1943 production, A Corny Concerto. Beethoven’s Symphony No 7, composed between 1811 and 1812, appears in A Ham In A Role, part of 1949’s Looney Tunes series. Piano Sonata No 14 (more popularly known as Moonlight Sonata ), also by Beethoven, has pride of place in You’re A good Man, Charlie Brown, a 1967 cartoon-musical.

Using classical music in such classic cartoons has gone beyond educating television viewers into the nuances and intricacies of music. Unbelievably, it has gone as far as to inspire people in their musical careers as well. Lang Lang, the famous Chinese pianist who has performed with leading global orchestras, once revealed that it was through listening Hungarian Rhapsody in The Cat Concerto that inspired him to start learning the piano at two.

The use of classical music in classic cartoons started in the 1930s and spawned a whole new learning process for children and adults alike. Today, although classic cartoons have largely declined in popularity, their legacy in humankind’s education lives on.

Human speech is like a cracked kettle on which we tap crude rhythms for bears to dance to, while we long to make music that will melt the stars.