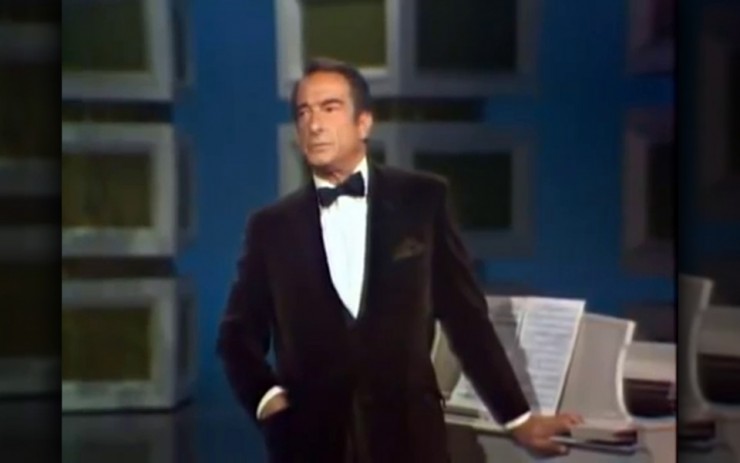 One of the greatest piano comedians of all time was an American-Danish by the name of Victor Borge. Victor was born Børge Rosenbaum in Copenhagen, Denmark to a musician family. Probably due to the influence of his violinist father and pianist mother, Rosenbaum started learning the piano at the tender age of two. By eight, he was already performing at his first piano recital. Rosenbaum had the privilege of being taught by Liszt’s student Frederic Lamond and other piano teachers, and he picked up quickly.

When Nazi Germany occupied Denmark during World War I, Rosenbaum, who was then performing in Finland, sailed to the United States, where he settled and began his professional career. Rosenbaum did not speak English, however, he assimilated quickly to American society. He watched English movies to pick up the language and gave himself the name of Victor Borge to endear himself to his new audience. Owing to his birthplace, Borge was affectionately known as “The Great Dane”.

Borge’s career spanned more than seventy years. Victor Borge’s style of humour quickly won him fans. The talented pianist and comedian was well-known for his play on words, while still keeping to the essence of the subject matter, which was the piano and his performances. Borge was exceptional for being able to joke while keeping a straight face. He was completely natural and always evoked laughter.

As an example of Borge’s humour, just as he settled down at the piano, he immediately got up and exclaimed, “I wonder why there are three pedals on this grand piano.” After looking incredulously around for several seconds, he continued, “Who do they think I am?”, much to the audience’s laughter.

Midway through the performance, Borge’s playing turned evidently awry. After apologising to the audience with a wave of his hand, he said, “Ladies and gentlemen, it is impossible to remember everything.” The audience’s response seemed to agree with Borge’s observation. Then, picking up some music scores, he continued, “Let me play for you some music that I have here. These are popular things and I have brought them because I like popular things.”

Demonstrating his affinity and connection with his adopted country, Borge went on, “I just came out from the East Coast. The more west you go in this country, the closer you get to the ... Far East.”

One of the highlights of Borge’s comedic performances must have his duet, Hungarian Rhapsody No 2 . This composition is technically difficult, as it comprises high and low keys, as well as rapid shuffling between the two.

Borge enthralled the audience through meticulously-planned moves, in which he, sitting on the right, reached awkwardly over his partner’s body to reach the lower keys, while his partner did the reverse. The duo then did the same with their legs as they tried to step on the pedals, before moving in turn from the left to the right of the bench as they played increasingly-higher-pitched notes and repeating the process.

Although the entire performance was highly visual, Borges did not forget his trademark word-playing style, when he said, “Half of this is mine,” and “This is awkward,” as the two men frantically tried to share the keyboard.

Borge passed away in Greenwich, Connecticut in December 2000, at the age of 91. In March 2009, a television station made a feature of Borge’s life, named “100 Years of Music and Laughter.” The world had lost a natural comedian who had entertained legions of piano music lovers but Borge’s legacy lives on.

The beauty of music is that everyone hears it their own way, and every song you hear leaves an impression on you that alters the way you hear everything from that point on.