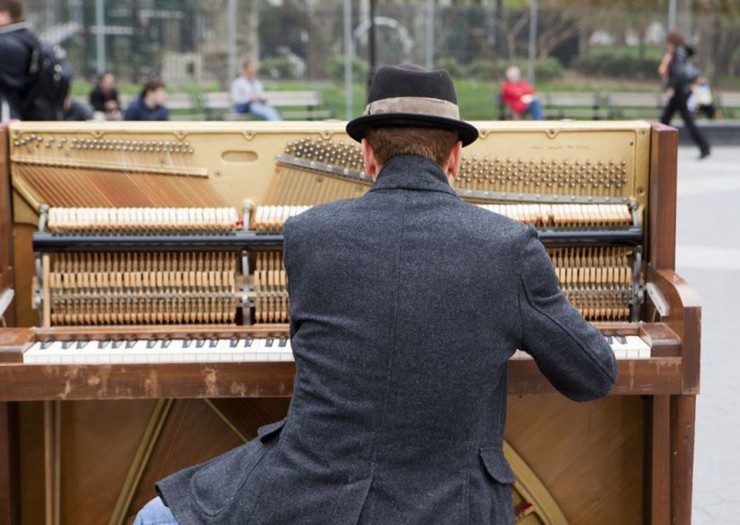 Busking or street performances add to the vibrancy and characters of the cities they occur in. They liven what would otherwise be soulless cities and are a welcome addition to the arts scenes. At the centre of these activities are the talented persons who give their best as they display their artistic or musical skills. Whether they do it out of passion or to make a living, buskers entertain the crowds with their individual areas of expertise. As Singapore evolves and becomes more affluent, the arts scene also starts to develop. People celebrate the arts and appreciate the finer things in life. This has allowed busking to become a familiar feature of our nation.

Although busking is a regulated activity in Singapore, there is a thriving busking scene around us. In contrast with the yesteryears, we are beginning to see more youngsters take to the streets with the tools of their passion, and in some cases, their trades. It is not uncommon to see people in their 20s occupying strategic spots in Orchard Road, engaging passers-by with their captivating numbers and eclectic styles as delighted members of the public step forward to make donations. Such acts of appreciation not only bring smiles to the faces of the performers but also provide a positive boost to their morale that enable them to further pursue their passion. Pianists have had their fair share of the action too and are appearing slowly but surely on our streets. Owing to their compact and lightweight nature, electric pianos have become the instruments of choice for these performers.

Aspiring buskers need to obtain Letters Of Endorsement – also known as Busking Cards - from the National Arts Council (NAC), the body that holds juridistion over this activity. To ensure that all buskers display high standards in busking, NAC requires performers to showcase their pieces during auditions, which are held four times a year, but only after they have attended pre-audition workshops. During the auditions, conducted by NAC’s contractor The Presenting Company, representatives from the venue owner and NAC, as well as professionals from the industry, are in attendance as the performers present their works for five minutes, using the very instruments that they will use in the proposed public performances. One important condition imposed by NAC refers to the use of portable amplifiers. The amplifiers need to be battery-operated; No external power source is allowed. The panel judges the performers against a set of criteria, including competency and skill, expressiveness and confidence, audience engagement, as well as innovation and originality. Performers who receive the panel’s approval will be issued Busking Cards which will be valid for a year. They have to be prominently displayed when buskers give their performances. In October 2015, it was announced that ten more MRT stations would be available for buskers to perform in, adding to the five that had already been on the list. This was certainly good news for piano enthusiasts for they were now able to bring their electric pianos and expertise to even more locations.

Busking is happening in other areas too. Sentosa Buskers Festival has been an annual fixture on Sentosa since 2010. Held in September every year, this Festival is a major event that sees international buskers converging on Palawan Beach. With free admission, the Sentosa Buskers Festival is a major draw for Sentosa visitors. Educational institutes are doing their part to promote busking too. Jing Shan Primary School maintains a Busking Schedule in which students perform to fellow schoolmates during recess. This is part of a bigger programme that aims to inculcate in its students a culture of appreciation and love for the arts.

Piano busking is an established activity in developed nations like the United Kingdom and United States. While it is still in its infancy in Singapore, it is gaining traction. With increased awareness of this performing art and more performance venues opening up in Singapore, local piano buskers can certainly look forward to more opportunities in which to showcase their talents.

Together with a culture of work, there must be a culture of leisure as gratification. To put it another way: people who work must take the time to relax, to be with their families, to enjoy themselves, read, listen to music, play a sport.