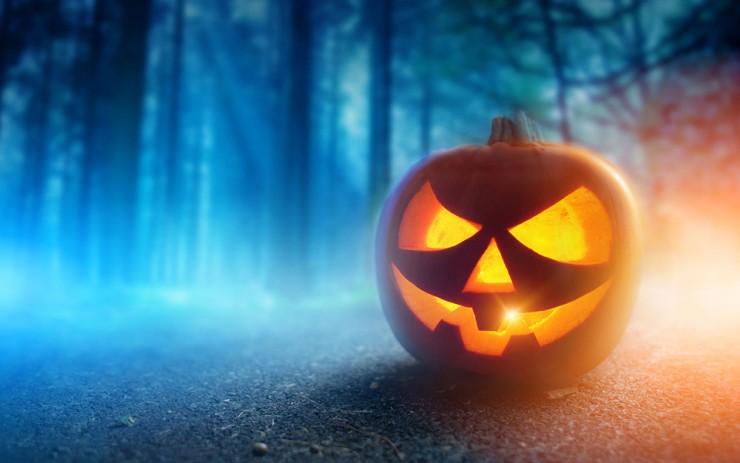 Almost 40 years after the original release of the film Halloween, fascination with this horror film lives on. The 1978 movie by John Carparter tells the story of a serial killer, Michael Myers, who stabs his first victim when he is just six, then returns 15 years later after escaping from a sanitarium to stalk and kill his mulitple victims on Halloween night. The low-budget film, made with just USD300,000 and inexpensive props and starred novice actors, quickly became a hit. Halloween did not feature the highly-graphic gore that is prevalent in today’s movies, however, it created lots of suspense due to its highly-effective use of lighting to create the right mood.

One important element that contributed to the film’s suspense was the moody soundtrack used in the movie. The main theme, simply known as The Theme, was composed and performed by John Carpenter himself. It features a very simple score played in the rare 5/4 time signature. Listeners quickly identify with the quick, repetitive keys played on the high notes and accompanied by low, long notes played with other instruments. The end result is a piece of music that, although simple, is chillingly unsettling and fully conveys the suspense that the film aims to bring to the audience. Although Carpenter’s composition was dismissed by some critics as unsophisticated, most agreed that it was one of the movie’s strongest assets.

Today, four decades later, the classic movie continues to win fans. Not everyone in the younger generation may have seen the movie, but it would be a fair assumption to say that many would find The Theme familiar. This composition has seen many cover versions as musicians have taken to rearrange and perform their own renditions of this famous piece. Owing to the simple score, The Theme has been successfully ported to modern instruments.

One of the new versions came from none other than John Carpenter himself. Performing the piece at the Halloween Theme Live Bootleg Theatre in Los Angeles in May 2016, Carpenter was on the stage with his band. Playing on an electronic keyboard with a fellow band member, complemented by accompanying musicians using other instruments, the duo recreated the high and low keys so characteristic of the original Hallowen theme song. This remix received a thunderous applause and approving cheers from the audience.

Halloween’s moody score was similarly recreated by another pianist, Liam Seagrave. This talented musician’s version, published in 2013, features the dual tracks of the theme song performed simultaneously with the high and low keys of an digital piano. A third track featuring long, chilling notes produced by a synthesiser, was recorded separately and added during the post-production phase. This rendition by a Halloween fan, like Carpenter’s version, uses modern technology to successfully bring out the eerie essence of the movie.

Halloween’s theme song has proved so popular that some passionate musicians have taken it upon themselves to share the score with novice players. Tutorials for playing The Theme, meant for Synthesia, the piano keyboard trainer for Microsoft Windows and Mac OS X, are plentiful on YouTube. As a result, aspiring pianists and people who do not own pianos but nevertheless wish to learn to play this piece can now easily do so.

It is amazing that four decades after the movie’s release, people are still finding new ways of interpreting Halloween’s theme song. The original theme was created with simple piano music, however, sometimes it is simple things that really capture people’s imagination and withstand the test of time. As John Carpenter said, “Horror movies will live forever.”

To most white people, jazz means black and jazz means dirt, and that's not what I play. I play black classical music.