Wonder Woman Theme - Why It Is So Intense And Powerful | ThePiano.SG
Skip to main content 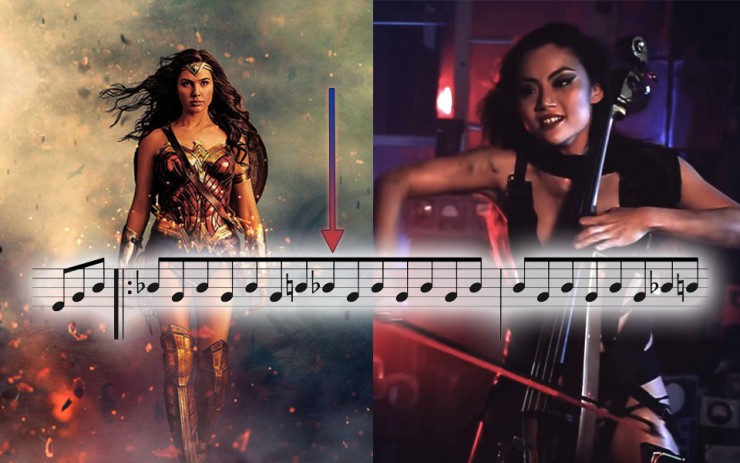 Among the many superhero stories in the movie scene, one of the most enjoyable is Wonder Woman. And many factors can contribute to a superhero movie’s popularity and success. In the case of Wonder Woman, the music plays an important part. Let us examine what exactly the team behind this movie did to make this music so magical.

Wonder Woman’s score was composed by Hans Zimmer and Junkie XL. This duo was the same pair that created the music for the popular Batman vs Superman.

As Zimmer explained, superhero movies were mostly associated with men, and the music inevitably became masculine too. This time, he wanted to give Wonder Woman a unique tune that was evidently more feminine. In particular, Zimmer wanted to make the tune sound like the cry of a banshee (an Irish spirit).

It can be said that Guo resembles Wonder Woman herself. Although she is polite when one meets her in person, she becomes quite a different person when she gets on stage! Owing to her intense passion in cello music, she puts all of herself into the music when she plays. You will notice how Guo plays with so much energy and power.

Zimmer compared Guo to a warrior, “holding the cello like a sword.” The blue and red colours used in the music video reflect the exact same colours used in Wonder Woman’s body armour. Nice!

Notice the sequence in Batman vs Superman, when Woman Woman arrives to the rescue mid-battle, the music from the electric cello follows like a screaming banshee war cry – exactly the way that Zimmer wanted it.

While all of this sounds so powerful and so fitting in the movie’s storyline, there’s another reason why the music is such a rallying fight piece. If you look closer, you will find that the melody is made up of the notes: E-G-B-B♭. The diminished chord of E-G-B♭ creates a dissonance before resolving to a B (minor chord).

This is similar to the approach used in The Immigrant Song, composed by Led Zeppelin. Like the Wonder Woman song, Robert Plant’s opening wail uses dissonance and resolution effectively.

It starts with a C♯ moving straight to an octave higher C♯, then to a semitone lower C to create a dissonance and tension long enough, before resolving back to C♯, e.g. (C♯4 - C♯5 - C5 - C♯5).

The Immigrant Song was also used in numerous occasions, and has now become so popular and symbolic that Plant’s electric wail is now associated with pent-up agression.

In layman terms, dissonance and resolution refer to tension buildup and subsequent release. The tension works to suspend the audience or listener in a state of disorder and unrest, but only for a brief moment. After that, the resolution kicks in and calms the listener.

Rupert Gregson-Williams, who composes the original scores for Wonder Woman, realised that unlike the situation in Batman vs Superman, where she is already a full-fledged warrior, here she is just becoming one.

Thus, Williams needed music which is still feminine, although he made sure to inject it with hints of energy and drive. He needed to build the theme slowly from a low point, rising to a crescendo as Diana realises that she is surrounded by darkness. Then, as she takes action, arrives at no-man’s land and finally pounces into the enemy’s premises to fight them to become a full superhero, this is the precise moment when Zimmer’s dissonance-resonance theme, along with Guo’s haunting electric cello, comes in.

Such is the precise timing of the melody that it grips the audience so tightly.

Now, do you have a favourite superhero movie theme?

I love music. It's freedom, a way to deal with pent-up frustration.