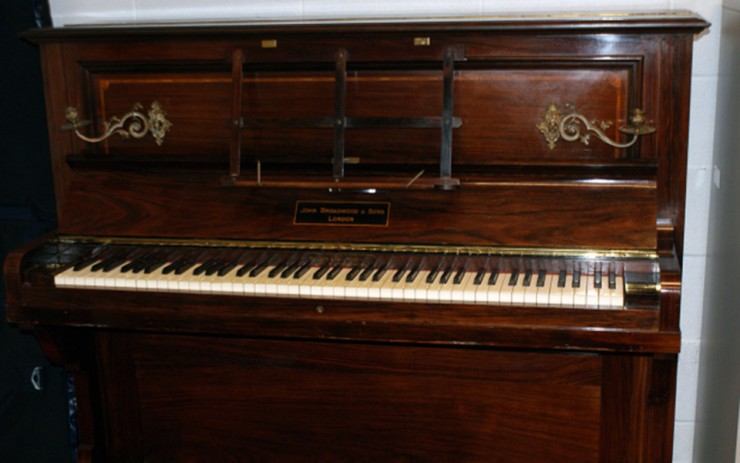 To many music afficionados, the chance to own an old, beautifully-crafted instrument is something to be relished. An old instrument carries sentimental value; it is a visual representation of the love and skills of craftsmen from centuries before. To some, an old instrument produces “true” music, away from the additions of modern, electronically-enhanced features.

A company in southwest Shropshire, near Birmingham in the United Kingdom, got more than what it bargained for when it received a donated piano. When the old piano was sent for tuning and repairs just before Christmas in 2016, workers found a hoard of full and half sovereigns dating back to as far as 1847. Essentially, what was uncovered was a set of precious coins, mostly made of gold. In today’s terms, a full sovereign is worth at least 220 Euros or S$333.

While the exact amount of the find was not disclosed, it is known to be substantial. Peter Reavill, the Liaison Officer at the British Museum's Portable Antiquities Scheme at Shropshire Museums, remarked that “It’s a stunning assemblage of material.” While he would not comment on the true value of the hoard, he did say that it had “the potential of yielding a life-changing sum of money”. He added that “it is a lifetime of savings, and it’s beyond most people.”

The Coroner’s Office at Shrewsbury in Shropshire has opened an inquest to determine if the find qualifies as treasure and becomes the property of the Crown. Under the Treasures Act (1996), a hoard that is up to 300 years old is determined as treasure if it is made mostly of gold or silver and was deliberately hidden with an intention for it to be discovered at a later date. In addition, the owner or his heirs or successors must be unknown. If a title to the hoard can be established, the Crown’s claim will be invalidated.

According to the Coroner’s Office, the coins, which were made between 1847 and 1915, and bore the likenesses of Queen Victoria, King Edward VII and King George V, were intentionally stashed inside the upright piano. The piano was manufactured by Broadwood & Sons of London and sold in 1906 to two gentlemen with the last names Beaven and Mothersole and represented a music establishment based in 27 West Road, Saffron Walden in Essex. It is known that the instrument was purchased by a family in the same area in 1983, however, a mystery exists as to what transpired in the period between these two dates.

In June 2015, a violin maker from the Netherlands claimed to have found the location of a secret stash of Nazi-era gold bars and diamonds. It is said that when Adolf Hitler’s Third Reich collapsed, Nazis hid their fortunes around Germany to fund a post-war resistance movement. Cyril Whistler, who hailed from Arnhem, believed he had found the location of the stash, known as Tears of the Wolf, reportedly comprising 100 gold bars and a huge amount of diamonds that amounted to 50 million Pounds or S$87.5 million. He had studied sheet music from Gottfried Federlein’s Marsch-Impromptu , a wartime composition, and noticed clues in the annotations and runes that revealed a route to the town of Mittenwald in Bavaria, Germany. Unfortunately, the exact location turns out to be part of an army depot, out of bounds to the public.

It is interesting how treasures can be linked to music in the oddest of circumstances. One must surely wonder what other finds are in store for music lovers!

I think Lady Gaga is great and is changing pop music and bringing back a certain rock 'n' roll spirit, swagger to the game.