The Intriguing Relationship Between Music and Wine | ThePiano.SG
Skip to main content 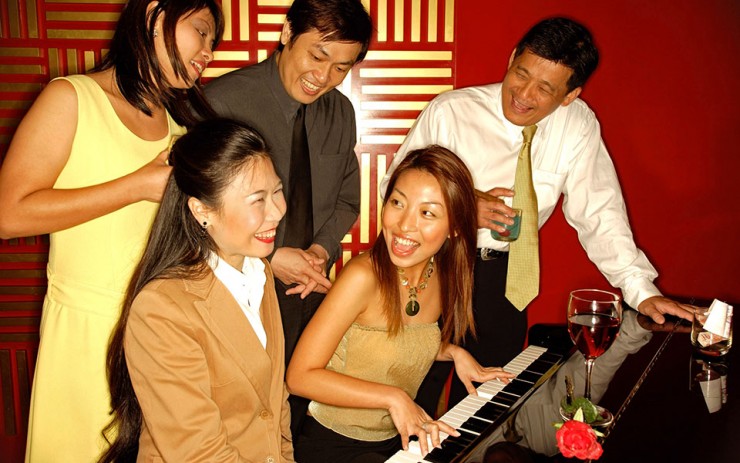 Few things in this world truly make life enjoyable. As humans look beyond earning a living and look for things to enhance their lifestyle, two things really stand out from the crowd. The first is music, lovely melodies that have accompanied humans through the ages and brought life to otherwise nondescript festivals and occasions. The second is wine, a well sought-after substance that has become the perfect compliment to meals and has even taken on the important role of breaking the ice between people. Then, one might ask, since music and wine are both important, what happens if we pair them? Does magic happen when we put the all-important music and well-craved wine together?

For decades, researchers have been studying the relationships between music and wine. They have been put through various tests, if only to formalise what lay people – and wine merchants - have been saying all these years – that good music does make wine taste better.

Charles Spence, a professor in experimental psychology at Oxford University, recently carried such a test. The experiment aimed to determine the relationship between tastes and sound properties. They found that when people take wine, the way they perceive its taste and texture is heavily influenced by the surroundings that they are in. Because the brain controls the human senses, what the brain hears directly determines what it perceives during the tasting.

Spence and his team also found out that in order to enhance one’s drinking experience, one should listen to music that most closely matches the wine. Sweet wines, for example, pair very well with piano music, which gives an even rhythm. Sour wines, on the other hand, go well with brass instruments, which produce music with fast tempo and high pitch. During the experiment, the tasters reportedly gained 15% more pleasure from drinking the wines paired with the right music.

In a separate study, Prof Adrian North of Heriot Watt University in Edinburgh found out that while music stimulates certain parts of the human brain, having the study subjects also taste wine influences them to taste the wine in a certain way. A case in point was illustrated when the subjects were exposed to heavy and powerful music as they sipped cabernet sauvignon. They reported that the wine tasted 60% richer and more robust.

As if enhancing wine with music is not enough, at least two people have gone the extra mile to produce supposedly better results. Sonia Garcia, the owner of Barahonda, a wine shop in Murcia, Spain, plays music to his wines. Right after bottling the wines, Garcia plays about an hour of music, the wines sitting before him, in order to, in Garcia’s own words, “soften and sweeten the tannins”. Whether the playing of music actually has any effect on the wines is anyone’s guess. And most of us are familiar with pregnant mums believing that playing classical music to their unborn babies makes them smarter, aren't we?

Nearer to home, at least one organisation is doing what it can to pair music and wine too. 1855 The Bottle Shop, a local wine dealer, is partnering Australian wine label La La Land in an upcoming music and wine appreciation event. To be held in February 2018 in The Arts House, this event is aptly named More Than Music & Wine. Performers will play famous compositions by Ravel, Faure, Saint-Saens and Strauss as attendees sit back, savour fine wines and learn about the meanings of the musical compositions. Naturally, the piano will feature prominently that evening!

As Darius Chen of Wine Edens, the purveyor of fine wines from Australia’s Great Southern Region says, “The appreciation of music is inevitably subjective, driven by technical experience, personal perspective and perhaps one's emotional state at the particular moment. Wine appreciation is not dissimilar. From wine connoisseurs to wine-curious individuals, people can find different aromas and taste varied characters on the palate.

Between music and wine appreciation, I find enjoyment in the process of experiencing and exploring nuances in them. Even this exploration process changes with the passage of time. As a Pinot Noir ages, its character often changes. When one listens to Mozart Oboe Concerto in C Major, how one identifies with the crescendos and diminuendos can be influenced by the prevailing cultural, political and social climate.

What is most important to me is an open environment where one can learn and experience the forces that combine to create a beautiful composition and an exceptional wine. You will not be judged. You will be in touch with your senses. And, you will find inspiration.”

Portland in particular is a cheap enough place to live that you can still develop your passion - painting, writing, music. People seem less status-conscious. Even wealthy people buy second-hand clothes and look a little bit homeless.