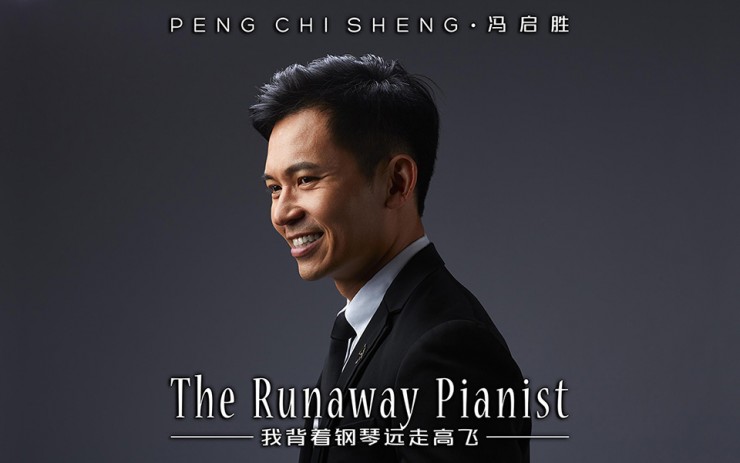 Chronicling an 18-year journey in making pop-ish tunes that resonate with Singaporeans of all ages, local pianist, composer and founder of Intune Music Peng Chi Sheng’s newest piano instrumental album The Runaway Pianist tells an inspirational story of entrepreneurship, friendship and success. From his first touch with the piano’s black-and-white scales at age four, meeting like-minded people, setting up a music school to the very recreational activity that keeps him going in times of despair – jogging. The eight songs on this album clue listeners in on his unwavering passion for composing music.

Chi Sheng’s love for music has taken him on a wonderful and exciting journey he can never have imagined when first starting out in 2000. Through a series of extraordinary coincidence, he got to know many luminaries and prolific community leaders who share his deep interest in musical and performance arts, and who has helped him along the way, including Cultural Medallion Winner Dr. Liang Wern Fook 梁文福 and veteran singer Maggie Theng 邓妙华.

An avid runner, he also believes in harnessing the power of the flow – a concept elite track-and-field athletes wholly embrace in their race to international success, hence the name of the album. Inspired by the very events impacting his musical career, the instrumentals on the album The Runaway Pianist tells a heartwarming story about the fantastical journey of a young boy’s encounter with several helpful friends in the deep woods before he takes to the sky with his trusty keyboard on a never-ending journey in search of his heart’s desire.

That Boy’s Balloon tells the story of Chi Sheng’s relationship with close friends and the mixed emotions within prior to becoming a full-fledged composer after matriculation from Hwa Chong Junior College, touched with lightheartedness. The songs on the album are accompanied with whimsical drawings by Singaporean illustrator Lee Kow Fong aka “Ah Guo 阿果”, who is known for his childhood-themed paintings. 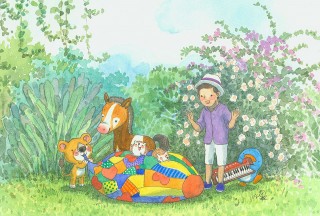 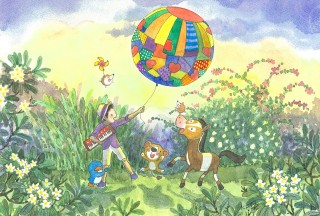 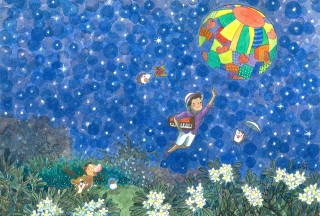 The compositions on The Runaway Pianist features a series of intimate and intriguing arrangements recorded on the piano and a variety of string, woodwind and brass instruments, including the flute, horn and oboe. He shares: “As musicians, we want to touch the lives of others and, at the same time, we want to inspire others with the same passion to bravely pursue what they desire most.”

“The Runaway Pianist also marks a milestone in my music career, and a showcase of my cumulative efforts in collaboration with the people who have encouraged me to keep on going regardless come what may.”

“And our story unfolds delicately and fondly with the strike of every note. As memories come rushing back, we realize our bodies still remember the pain, the loss, and the joy. Join me in a journey with Chi Sheng, a sensitive new age composer-pianist, and travel to where your dreams still lie burning.”
- Singer Maggie Theng

In art there are only fast or slow developments. Essentially it is a matter of evolution, not revolution.