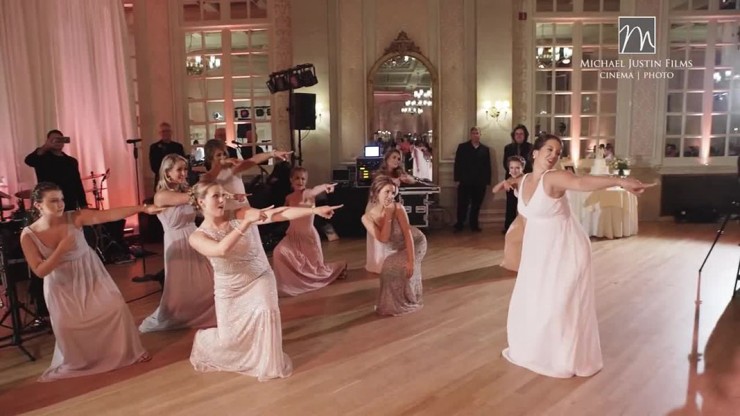 An interesting video clip appeared on the Internet in May 2012. Set in the Placa de Sant Roc in Sabadell, a city in the Catalonia region of Spain, what appears to be a lone tuxedoed street performer with a cello is given a coin by a little girl, starts playing his instrument and is joined by more and more performers until an entire orchestra is assembled.

The piece that is played is a movement in Beethoven’s Ninth Symphony known as Ode to Joy. The evening crowd at the European plaza is clearly entertained by the unusual performance, played with much zest and energy. To the surprise of many, the highly-choreographed performance was a commercial for the major bank Banc de Sabadell, however, this was only one of many flash mobs that have appeared in recent times.

Flash mobs are groups of people who gather in public (and sometimes commercial) places, perform synchronised acts and quickly disperse, leaving bystanders entertained and bewilded at the same time.

The first flash mob appeared in 2003, when a magazine editor in New York City got 130 people to gather in Macy’s Department Store in a social experiment to encourage spontaneity.

Since then, flash mobs have taken on lives of their own. They quickly spread around the world as the concept caught the attention of many and inspired the creativity of others. Flash mobs have since been integrated with music, which renders them with beautiful accompaniment.

In recent times, flash mobs have been used in marketing campaigns, such as that for the Spanish bank. This classical sensation is joined by other marketing campaigns from a myriad of industries to promote everything from telecommunications services to lucky draws and everything in between.

Telecommunications company T Mobile arranged for a special welcome for arriving passengers at London’s Heathrow Airport Terminal 5. Men and women, young and old, were left in awe as the singing flash mob came up to them with serenades. Using an acapella in place of musical instruments, this performance was a welcome change from the otherwise dreary airport rituals for the bleary-eyed travellers. This advertisement was aired simultaneously across 80 television channels, as well as major social media platforms like Facebook, YouTube and Twitter.

Nearer to home, a flash mob dance took place in Changi Airport Terminal 3 in 2010. Staged to promote the Be A Changi Millonaire shopping lucky draw, this event saw a group of singers, dancers and many others perform in the transit area of the airport. It all starts with a scream by a young woman who apparently realises she has “won” a prize. She gets a pair of “travellers” excited about her win and they quickly join her in a dance and song. Soon, they are accompanied by about four hundred other people. Some whip out their instruments while others entertain with their agile moves.

Musical flash mobs have also been seen on a more personal, non-commercial level. Newly-weds Skylar and Daniel from the United States received a totally unexpected surprise during their wedding when the emcees handed their microphones to members of the families and erupted into a dance. Soon, these two ladies were joined by the entire wedding party. As the many months of intense preparation and coordination manifested in a most joyous dance, one could certainly see that the bride and groom revelled in their unusual, memorable wedding.

Thirteen years after the flash mob was created, it is still going strong as creative minds constantly put it to good use around the world.