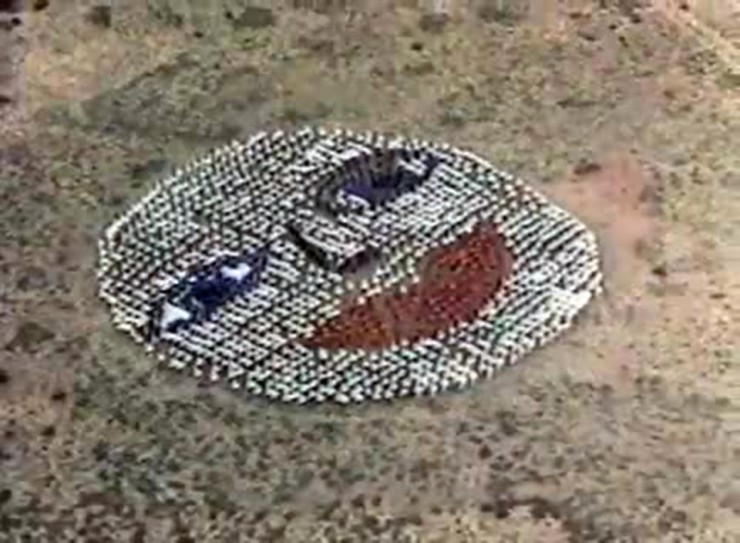 In 1989, British Airways unveiled a television commercial that projected its intended image of itself being the airline that united the world. With its catchy, fast-paced track Aria on Air, a stunning visual that saw people coming together from exotic locations and the impressive voice-over, “Every year, the World’s Favourite Airline brings twenty four million people together”, The Face, as it came to be known, quickly gained popularity and became a much-talked-about classic.

Aria On Air was a piece arranged by Malcolm McLaren, a British musician, and Yanni, a composer and performer hailing from Greece, specially for British Airways’ World’s Favourite Airline global advertising campaign. It was the modern adaptation of the soprano duet Flower Duet (Sous le dôme épais), written for the 19th century French opera Lakmé.

Lakmé was originally a novel that told the story of a Brahmin girl of the same name, as seen from the eyes of French naval officer Pierre Loti, who had travelled extensively to the Orient and brought back stories that fascinated people in the Western world.

Loti’s novel was adapted to the stage by opera composer Léo Delibes. The opera, which retained the name Lakmé, was written from 1881 to 1882 and debuted in Paris in April 1883. It featured Flower Duet, the popular soprano piece that later became the inspiration for Aria On Air.

Although Aria On Air is a modern musical piece, it captures the mystique and essence of the original French duet.

The highly-energetic, fast-paced rendition perfectly complements the British Airways visual and successfully brings to the forefront the message that the advertisement seeks to convey to the viewers.

As the groups of people clad in red, blue and white emerge from different corners of the globe and converge in a colourful celebration of unity, one cannot help but feel the sense of togetherness which permeates every soul that participates in this joyous activity.

One will notice the Muslim woman in blue doing her little part as a member of the group as it makes its way through the city. One will not fail to observe how the people in white catch up with the rest of the “ear” in a show of unity as it moves as one across the field. Nothing, however, captures the viewers’ imagination more than the final scenes.

Against the backdrop of the Union Jack, people of all races, religions and cultures come together to celebrate their long-awaited meeting. All barriers break down and all boundaries evaporate as an elderly Chinese man enthusiastically holds his American counterpart, a black man lifts and hugs a young Caucasian girl, a Muslim lady warmly embraces her fellow Muslim friend and a Caucasian lady affectionately kisses a Chinese toddler.

Meanwhile, a black family separated into different groups finally reunites as a smartly-dressed captain provides heartfelt instructions to a young girl. As the joyous get-together takes place, a white cheerleader performs her movements with visible jubilation, while an elegant flight attendant gives her nod of approval to the human euphoria happening all around her.

The ecstatic expressions on their pretty faces emanate delightful, genuine elation that could only have come from deep within their hearts. Framed against this background of overflowing exuberance, it becomes immediately apparent to the viewers how Aria On Air and indirectly, Flower Duet, composed a century before, are amazingly able to bring forth the unfailing qualities of human unity and unconditional love.

Perhaps as an indirect testimony of the successful use of the Baroque-era composition, a parody of this airline commercial appeared in 2007, in the form of a thinly-disguised imitation advertisement for Silverjet. Silverjet was then a newly-founded business class-only airline that prided itself on its exclusivity for well-heeled business travellers.

This campaign, coming 18 years after the original one, was produced by the same advertising agency that had come up with the British Airways campaign. M&C Saatchi (previously known as Saatchi & Saatchi) had produced this commercial as a way of getting back at the flag carrier after having lost its account in 2005. This time, however, it elected to use the original Flower Duet, as opposed to Aria On Air, as an audible symbol of Silverjet’s premium status.

Country music is still your grandpa's music, but it's also your daughter's music. It's getting bigger and better all the time and I'm glad to be a part of it.