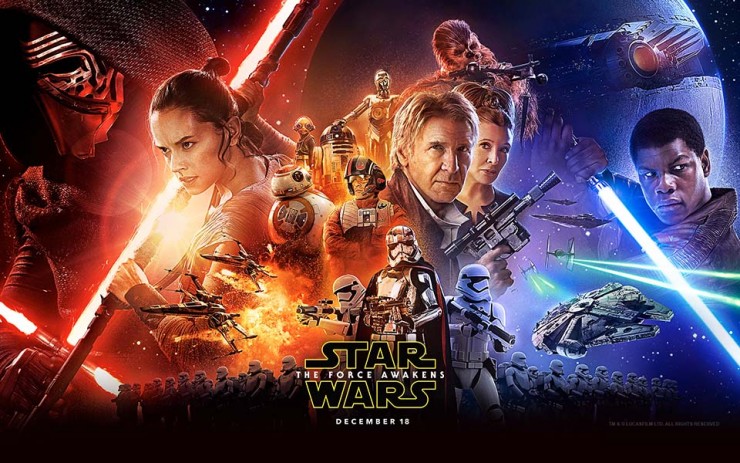 There is an obvious Star Wars fever on a global scale this December 2015. Straits Times reported that Star Wars: The Force Awakens generated a record US$238 million (S$364.34 million) in US and Canadian ticket sales over the weekend as fans of the space saga packed cinemas, according to Walt Disney Co estimates on Sunday (20 Dec 2015). Once more in the limelight is John Williams, who is the composer for all seven Star Wars saga films. And musicians around the world celebrate Star Wars music in many ways.

Player Piano, the YouTube music series created by director Tom Grey and pianist/composer Sonya Belousova, releases an amazing medley of classic Star Wars music. Watch Belousova mimic an entire orchestra with just two hands and her piano keys as she plays her beautiful, original arrangements of our favourite music from Star Wars (including The Main Title, Duel of The Fates, The Imperial March and Princess Leia’s Theme). Three awesome custom pianos: the Millennium Falcon, a "Dark Side" piano, and R2-D2, are definitely eye candies for pianists-cum-star-wars-fans. Who would have thought the pianos could be transformed to look like that!

Stormtrooper plays the Imperial March on the piano

In an entertaining piano performance on YouTube by Lord Vinheteiro, he was dressed as a Stormtrooper and he played a piano version of "The Imperial March (Darth Vader's Theme)", which is a musical theme in the film Star Wars Episode V: The Empire Strikes Back. Together with "Yoda's Theme", "The Imperial March" was premiered on April 29, 1980, three weeks before the opening of the film, on the occasion of John Williams' first concert as official conductor-in-residence of the Boston Pops Orchestra. One of the best known symphonic movie themes, it is a classic example of a leitmotif, a recurrent theme associated with characters or events in a drama.

This video, Cello Wars (Star Wars Parody) Lightsaber Duel, is a spoof of the Star Wars soundtrack and films by ThePianoGuys. The song was produced by Al van der Beek and Steven Sharp Nelson with special effects by Tel Stewart. The video was posted to YouTube on December 2, 2011. It has more than 28 million views to date. Steven plays both a Jedi Master and a Sith Lord who come together to do a musical fight on cellos. The Jedi and the Sith fight using more than just their cellos – they also use The Force and lightsabers. Darth Vader (Al van der Beek) appears in the movie and after creating a force wind, he pulls out an accordion to play the tune from the cantina in Star Wars Episode IV: A New Hope. Chewbacca (Paul Anderson) also makes an appearance. In the end of the clip, Darth Vader and Chewbacca can be seen dancing together.

The following Star Wars movie themes are used in order of appearance:

Put you energy into music. If it fails you, you can become an accountant or a dentist. And then if you become a dentist or an accountant, it's too late to become a musician afterwards.