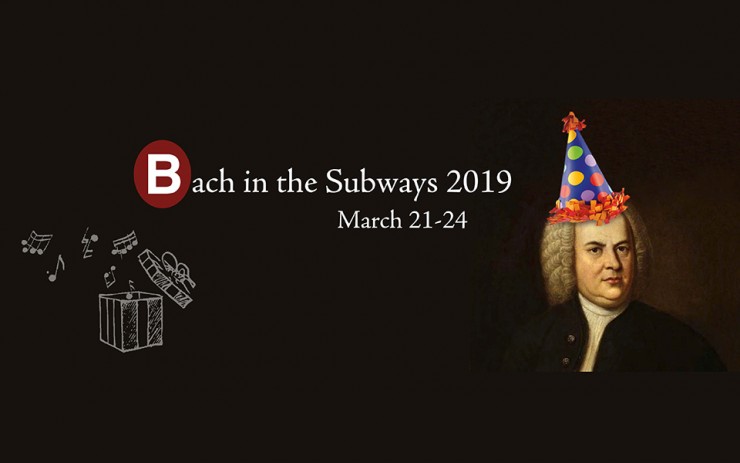 In 2010, a music movement started in New York City. A resident, Dale Henderson, had noticed that audiences of classical music had been declining and was convinced that this was due to the fact that people these days did not have a chance to experience such music.

He started to perform the Bach Cello Suites in the famed city subways. Henderson also felt that excluding money from the movement would remove the feeling that the performances were commercialised. He wanted to do his part in increasing the popularity of classical music. Thus, Henderson refused to accept donations.

Instead, Henderson gave out free postcards describing his intention: To grow a community of classical music lovers. Henderson named the movement Bach in the Subways. Over time, he attracted not just the subway passers-by but also fans and other musicians. Eventually, his work caught the attention of the media.

JS Bach was a German composer born in 1685. He posthumously turned 326 in March 2011. To celebrate the occasion, Henderson invited other musicians to join him in his outdoor performance.

He managed to get two cellists to join him. Together, they performed to an appreciative audience in New York City’s subway system. The Bach in the Subways movement was born.

In 2013, the movement spread to three other cities in the United States and Montreal, across the border in Canada. That year, a total of 50 musicians were involved.

In 2014, events to celebrate Bach’s 329th birthday were held in eight US cities, together with cities in Canada, Germany, Germany and Taiwan. 77 musicians were involved.

The music movement spread very rapidly. In the following year, Bach in the Subways celebrated Bach’s 330th birthday and this time, thousands of musicians in 150 cities in 40 countries participated. This year, not only was Bach’s music played in subway stations, it was also heard in train stations and moving trains. Also joining these venues were street corners, cafés, malls and restaurants, among others.

By now, Bach’s famous compositions was played so much that the performances in one day far exceeded the total number played in the last several centuries.

In 2016, a change was made to Bach in the Subways. The events were now stretched over the weekend, to allow working musicians to play too, and to allow Bach’s music to reach a wider audience. Till today, Bach in the Subways is very much alive and every year, musicians participate and work together to bring his music to all corners of the world.

Johann Sebastian Bach (1685 – 1750) was a musician and composer. He was born in Germany during the Baroque period and was known for instrumental compositions. Bach’s famous works included the Art of Fugue, the Brandenburg Concertos and the Goldberg Variations. Bach was also known for vocal music such as the St Matthew Passion and the Mass in B minor. After a brief decline, there was a revival of Bach’s music in the 1800s. This period was known as the Bach Revival and since then, Bach has been regarded as one of the greatest composers of all time, with over 1000 known compositions.

One of Bach’s famous compositions was The Well-Tempered Clavier (Das Wohltemperirte Clavier). This set became so popular that it attracted many composers and players. In particular, Lugwin van Beethoven performed the full set by the time he was eleven. Frédéric Chopin, Dmitri Shostakovich and other well-known composers were also inspired by this work. One by one, they wrote their own preludes.

This year 2019, we celebrate Bach’s 334th birthday on 21-24 March around the world. Past participants can be found on the official website of Bach In The Subways.

In Singapore, Pianovers Meetup #115 (5pm - 9pm) will join in this celebration by having it JS Bach Themed, and Pianovers (piano lovers) are encouraged to play pieces by Bach.

Pianovers Meetup is a weekly meetup at Urban Park @ URA Centre organised by ThePiano.SG to make a positive impact on a national level:

Pianovers Meetup is a free public event, where anyone who walks past is welcomed to join in, and more importantly, the zero cost means even the financially challenged will find this platform accessible, and regardless of their financial background, can benefit from the best opportunities Pianovers Meetup offers.

This outdoor event also doubles as an activity hub where people connect and bond and reinforce their friendships with one another. Pianovers Meetup is more than simply connecting people via a piano community. We also strengthen the Singapore spirit, and more importantly, build social cohesion and promoting racial harmony, by bringing people of different races, languages and religions together and indulging in common music-themed activities in a common space.

Details on performing a Bach piece at Pianovers Meetup #115:

The music of Hendrix wakes people up to their possibilities. It's more than just dreaming about being a guitar hero.