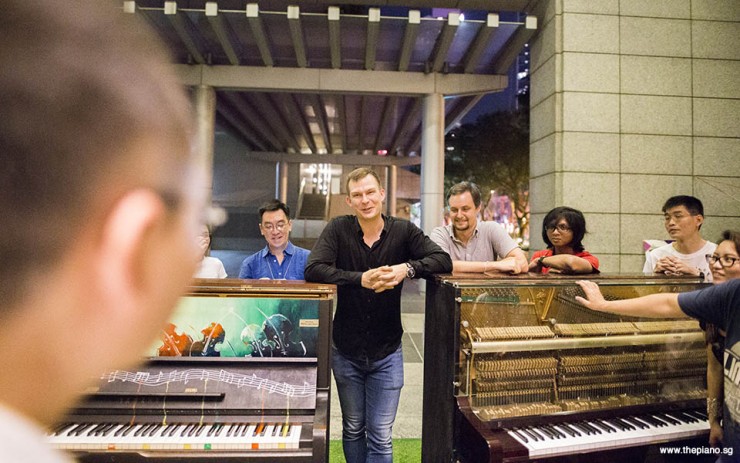 Since ThePiano.SG introduced the weekly Pianovers Meetups nine months ago, it has become a much-anticipated gathering for piano lovers. The Meetups are all about bringing together people with a passion for piano and music, to bond with one another and to enjoy music together. Every week, without fail, Pianovers meet at the URA Centre for four hours and enjoy a mini-recital and an open playing session. This week, however, Pianovers had a surprise in store for them, when world-renowned pianist Adam Gyorgy graced our session. Adam had gotten to know about our Pianovers Meetups and wanted to join us. We could not have been happier to host Adam. This was a truly memorable session for everybody present.

Adam Gyorgy is a well-known pianist from Hungary. Having started music studies when he was only four, he went on to establish a commendable music career. He participated in the National Youth Piano Competition in Hungary in 1998, and performed at The Liszt Academy of Music in Budapest in 2000. Just two years after that, Adam performed at The Prix Classic Vienna, where he was awarded the Wiener-Klassik-Preis (Wiener Classic Prize). This was quickly followed in 2003 by his winning of the “Special Prize” at the San Remo International Piano Competition, as well as the First Prize and Grand Prize at the First International Chopin Competition in Budapest in 2004.

Adam reached a major milestone in his career when he was conferred a Steinway Artist the following year. He went on to perform at the prestigious Carnegie Hall in New York City, his first, in 2008. By now, Adam was recognised as a Liszt Ambassador in Hungary. He performed Chopin’s Winterwind at the opening of the UEFA European Football Championship, a major event in 2012 that was broadcast to 300 million people around the world.

In December that year, Adam presided over a master class hosted by Steinway Gallery Singapore and held at the National University of Singapore (NUS) and the Nanyang Academy of Fine Arts (NAFA). He performed at the Esplanade Concert Hall in Singapore in 2011, 2013 and 2016, and in April 2016, he was a Returning Artiste to Carnegie Hall.

When Gyorgy arrived at the Meetup, he was warmly welcomed by Yong Meng, Founder of ThePiano.SG. They had a short chat, after which Yong Meng invited him and Pianovers to have some pastries, snacks and drinks, to allow them to interact. We are grateful that some Pianovers contributed snacks that day. Our heartfelt thanks also go to the anonymous donor who donated $200, which went towards the purchase of the Delifrance pastries and plentiful drinks for the evening. It was money very well spent. This was the same person who had previously contributed the electric fans and power generator to our Meetups.

Having filled our stomachs, the next item on the list was the interview with Adam. It was a very engaging and insightful session!

Although Adam Gyorgy is a world-class pianist, he came across as a very humble person. He was down-to-earth and frank in his opinions. Adam did not have airs, although he was a popular celebrity. Indeed, the fact that he visited ThePiano.SG’s Pianovers Meetup was testimony of his personable nature and spoke volumes of how he reaches out to the man on the street.

Owing to the time we needed to spend time with Adam, this week’s Meetup had a slight change of schedule. Our Mini-Recital was adjusted to 15 minutes.

Harith was the first to perform, playing There Will Never Be Another You by Harry Warren, published in 1942. Chet Baker's 1954 recording remains the jazz standard.

Next was Isao, who played "Asuka’s Theme" by Michiru Oshima. Asuka is the 61st NHK Asadora Drama that tells the story of one young girl's dream to one day walk in her father's shoes and become a top candy maker in the male-dominated world of wagashi (Japanese confectionery).

Julia played To Love Again, which is based on Chopin's Nocturne in Eb, Op. 9 No. 2, and used in the 1956 film "The Eddy Duchin Story". Carmen Cavallaro performed the piano music in the film.

Last but not least, Gee Yong played "上海滩" by 顾嘉辉 , and is used as the theme song in the 1980 Hong Kong Drama series of the same title.

After the Mini-recital concluded, we took a group photograph with Adam. His humble nature showed up again when he chose to stand behind, among the Pianovers, rather than being in the spotlight up front. Following this group photograph, many Pianovers could be seen queuing up for their personal photo opportunity.

Pianovers were in for another surprise when Benjamin Loh, who had recently been conferred as a Steinway Artist, visited our Meetup! This was indeed a very special Sunday for us, as we had never had the opportunity to have two Steinway Artists in our midst!

Adam gave Pianovers a treat, when he performed his improvised version of "Somewhere Over The Rainbow". This was a very rare moment for many of us, as it was a rare chance for us to be able to watch Adam perform before us, “live” and up close. Not unexpectedly, many present were holding their phones up to record this magical moment for posterity!

Sadly, all good things have to come to an end. Both Adam and Benjamin left for their dinner appointments, leaving us to continue to do what we usually do: to network and connect with one another, to jam and to take photographs.

It was heartwarming to see May Ling wear ThePiano.SG polo shirt for this very special Meetup session. We would also like to give our special thanks to Elyn, Siew Tin and Jin Li for helping to clear the food and ice cooler at the end of the evening. They were also invaluable in helping to reinstate the place to its original condition and keeping the equipment.

Special thanks also goes to Lynda and Tinaga from Olief, Adam’s public relations agency responsible for promotional activities before his upcoming concert in Singapore, for coordinating Adam’s visit and making his visit to our Meetup possible!

Adam will be performing on 21 April 2017 at 7:30pm, at the Esplanade Concert Hall. He will perform in a unique, one-hour programme with no intermissions, the works of Frederic Chopin and Franz Liszt, as well as his own compositions. Do support Adam at his concert!

You can also win yourself a pair of tickets to Adam's concert by participating in Pianovers Giveaway #3. 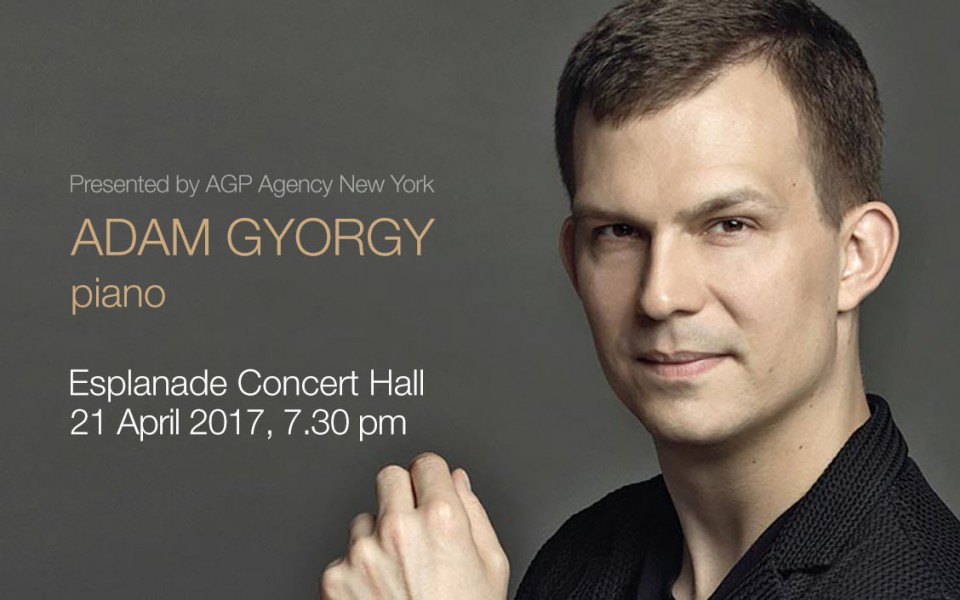 Proust, my big inspiration for 'Goon Squad,' uses music a lot in his novel, both in terms of plot and structure. I liked the idea of doing the same thing, which is one reason I structured 'Goon Squad' as a record album, with an A side and a B side, that's built around the contrasting sounds of the individual numbers in it.