An Interview With Anderson & Roe, Before Their Concert "The Forte Awakens" In Singapore | ThePiano.SG
Skip to main content 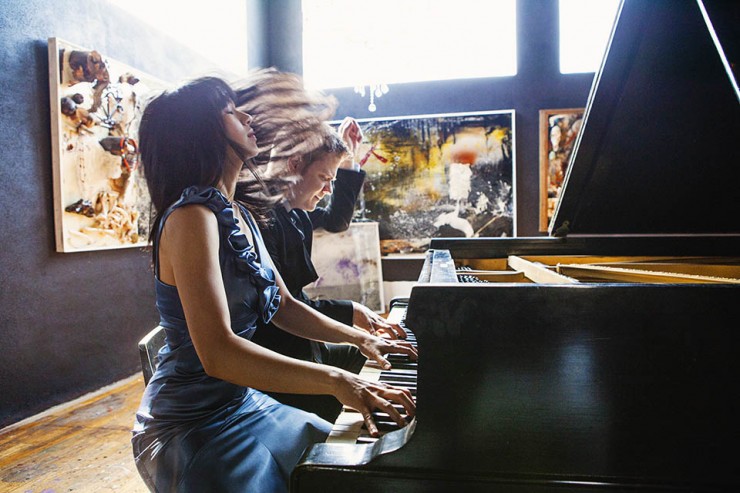 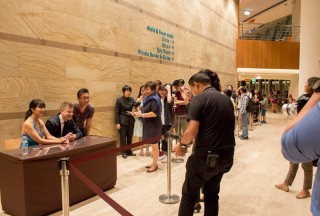 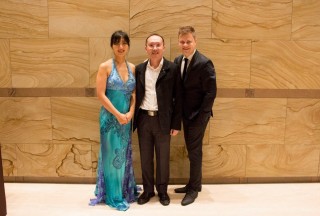 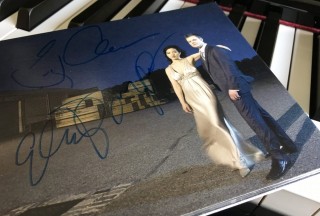 Gracing Singapore's shores on 16 June 2016 is the popular piano duo – Greg Anderson and Elizabeth Joy Roe. Returning to the Esplanade for the third time this summer, Anderson and Roe will be bringing their exhilarating rendition of pieces from the Star Wars fantasies to delighted fans.

Both extremely accomplished and talented artists in their own rights, the duo, however, shines beyond when matched up. Known for their electrifying performances, stunning choreography and diverse musical interpretation that are best appreciated in sound and in sight, they have been described as “the most dynamic duo of this generation”. Breathing new life to classical pieces while almost dancing to the beat, performances by the duo will defy your stereotypical images of stuffy classical recitals and bring a rhythm to your fingers.

Former classmates at The Juilliard School, the duo are best friends and musical partners who share the vision of making “classical piano music a relevant and powerful force in society”. Their album releases have spent weeks on top of the Billboard Classical Charts while their dazzling music videos have become Emmy nominees. The duo also enjoys a considerable following on social media with more than millions of views on Youtube.

In view of their upcoming concert “The Forte Awakens” at the Esplanade, ThePiano.SG snagged an exclusive interview with The Piano Duo to understand their inspiration and vision for their music.

It was mentioned on your website on Apr 25th 2012 that "Anderson & Roe strongly believe in the communicative potential of music and they aim to make classical piano music a relevant and powerful force in society." Do you think you have achieved this?

EJR: Our mission is certainly an ongoing process; in our hope to keep classical music relevant and energising, we must remain open and observant to the constantly changing world around us. That said, we have observed positive consequences to our efforts: we are thrilled to see many young people at our concerts; piano teachers mention that their students are motivated to practice more and that they even try to recreate our music videos; and we receive heartfelt messages from people around the world who are inspired and moved by what we do. Since we formed our piano duo partnership nearly 14 years ago, we’ve witnessed substantial changes in the presentation and perception of classical music; it’s certainly an exciting time to be a classical artist, and we hope that our endeavours continue to influence and inspire a new generation of musicians and listeners. Nonetheless, there still remains many new creative paths to explore, and we ultimately hope to expand our reach beyond the classical world.

GA: Our performances and music videos may have significant reach within the classical music world, but we hope to do so much more as we proceed with our careers. There are still millions (billions?!) of potential new classical music fans we hope to reach. We genuinely believe that, if exposed in the proper manner, most anyone can fall in love with this incredibly moving, exciting, and powerful form of art.

One of your missions is to "free the world from the constraints of sleep-inducing concerts". We have seen how you both have given many classical pieces a new life by introducing innovative styles to playing them. Für Elise has earned quite a reputation for being a "cliche" piece - one that has been "overplayed". Do you think you can give a new life to Beethoven's most famous Bagatelle?

GA: Of course! “Für Elise” may be overplayed, but it is still a fantastic piece of music deserving of audiences’ attention. We premiered a set of variations based on “Für Elise” in Cyprus several years ago by the pianist and composer Nicolas Costantinou; the work took the famous melody on a journey around the world, infusing it with different cultural inspirations and dance styles. And that set of variations is only the beginning: we could certainly create several new works based on the tune. That’s the wonderful thing about arranging: different composers can be influenced by different pieces in completely different ways… there is no end to the possibilities of arrangements history and humanity could envision. Beethoven’s incredible tune can serve as inspiration over and over again throughout history, and we look forward to seeing what people will create.

And on top of the possibility for arrangements, we think the piece could serve as an inspiration for an unlimited number of music videos. Since the work is most notable for its dedication, we can imagine creating a music video that brings this attribute to the foreground… perhaps one pianist would be dedicating the performance/music/video to the other?

In your intense tour schedule, there are only 2 Asian concerts in Singapore and Hong Kong. Why have you chosen Singapore to be part of your tour (for the 3rd time)?

EJR: Our manager works hard to organise our schedule, and Singapore and Hong Kong were the only Asian locals we could fit in this summer (on previous occasions, we’ve performed in Korea, Japan, China, and Taiwan, and we will return to Asia for more extensive tours in the future). We’re absolutely delighted to return to Singapore—the Esplanade is one of the most stunning venues we’ve ever played—and we can’t wait to make our Hong Kong debut. We love the audience and ambiance in Singapore; it truly is a special place, and we truly appreciate the enthusiastic support of the fans here!

GA: We have a wonderful relationship with Steinway & Sons. In exchange for showing our commitment to Steinway by performing on their beautiful pianos, they provide pianos for our use whenever possible. We often practice at Steinway Piano Galleries when touring; it can be tricky to find locations with two pianos, and these rehearsal spaces are immensely appreciated. Steinway also helps publicize our duo, and they even have allowed us to film music videos at the legendary Steinway Factory in New York City.

The Steinway "D" piano is the king of pianos. It's a nine-foot piano produced specifically for the grand concert stage. Two Steinway "D" pianos allow our musical conversations to take on an extraordinary dimension of subtlety and meaning. They offer no limit to how soft we can sigh or how loud we can roar (and we certainly like to roar!). These instruments are joy-inducing inspiration machines!

With 14 years of astounding partnership and even more in the future, the duo is resolute on their shared vision of music and will likely continue to inspire change within and beyond the classical music world.

I'm one of those guys that is still a bit afraid of the telephone, its implications for conversation. I still wonder if the jukebox might be the death of live music.