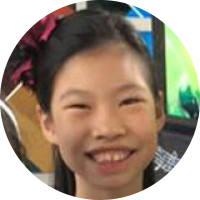 Crystal started loving music at two years plus and started formal piano classes at the age of five. She completed her grade eight examination when she just turned eight. She received her first Laureate at the age of ten and was a Gold prize winner for two music festivals. Recently, she won first prize in an international music competition and she was invited to perform Chopin's Fantasy Impromptu op66 in Carnegie Hall in New York City. She was also a first prize winner for another international music competition. On top of that, she was awarded the Best Romantic award and was invited to perform at Esplanade Recital Hall.

She shares her love for music by performing regularly in many music events in Singapore and many of her performances were well received by overseas audiences. She also enjoys composition of music and hopes to perform her masterpiece in a few years time. Like other children of her age, she enjoys playdates with friends and love anything about art.

View more »
No info to show.

To add your achievements and complete your Pianover Profile, sign in now.