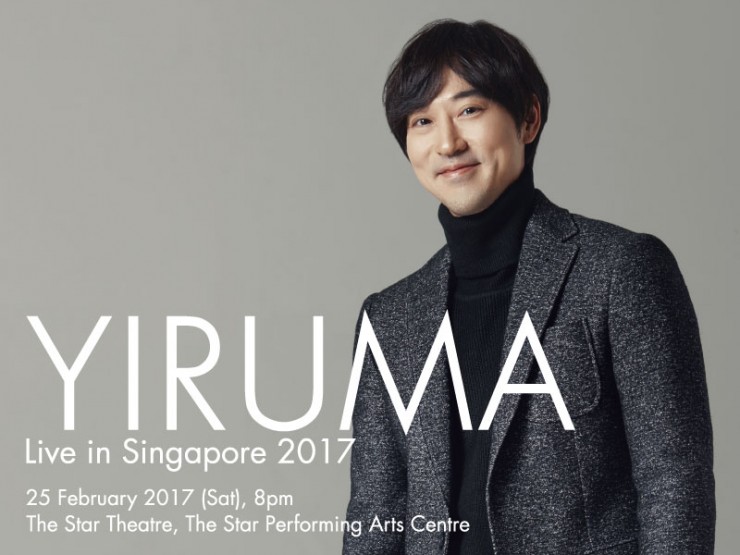 Yiruma is a Korean contemporary classical composer & pianist who combines melodious compositions with inspiration and emotion. River Flows in You, Kiss the Rain, Love Me, and May Be are just some of his most popular pieces. His works have accumulated more than 1 billion views online, making him the most successful composer-pianist globally today.

Yiruma's music has been synonymous with Korean drama & cinema - including the Hollywood blockbuster "Twilight", which had many scenes that online audiences associate with "River Flows In You".

Over the years, Yiruma has performed successful tours around the world, from Singapore's sold-out concerts in 2014 & 2015, to full-house attendance in China, Malaysia, Australia, Europe, and recently New York's Carnegie Hall and Los Angeles' Dolby Theatre. In homeland Korea, he holds the record as the classical artiste with the largest audience at a single concert, and the greatest number of concerts by a single artiste!

Yiruma's concerts have been known to resonate with audiences from all walks of life, who have their own stories set to the emotions of Yiruma's music. As Yiruma once said, "I want my music to be the background music of your life".

For this new concert in 2017, Yiruma will be preparing a variety of songs, including his signature tunes, as well as hidden ones and a couple of surprise performances. Don't miss Yiruma in this One-night-only concert - Experience his beautiful music and charismatic personality 'Live' in Singapore!

Each $268 Limited VIP ticket holder will be entitled to a SOLO PHOTO with Yiruma at an Exclusive Meet & Greet Session after the concert. Please remain seated and wait for further instructions.