Richard Clayderman - The Prince of Romance, Live In Singapore 2016 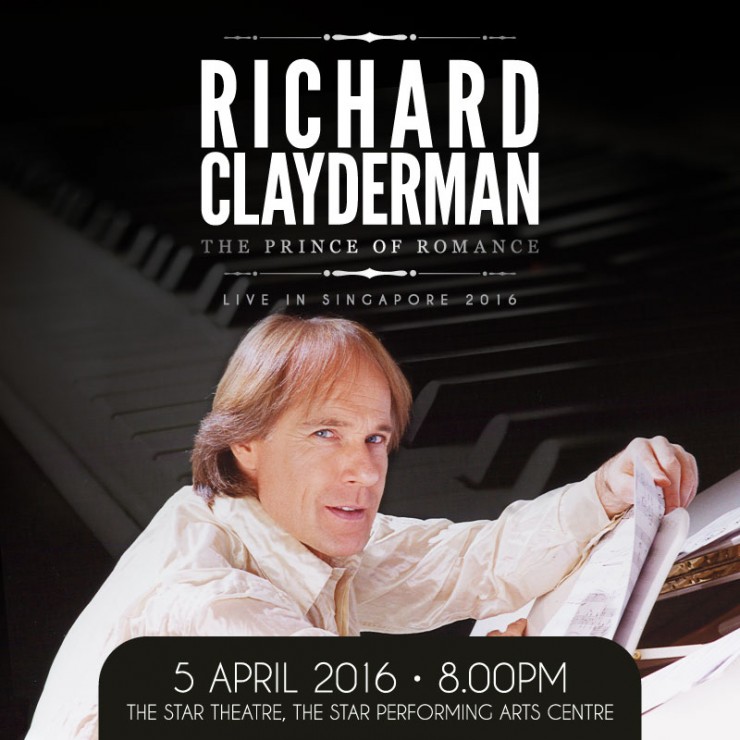 Widely known as The Prince of Romance, Richard Clayderman will be performing at The Star Theatre on 5th April 2016.

He has released numerous albums and through his International success, he has a worldwide record sale of more than 85 million and holds an incredible 267 Gold and 70 Platinum discs to his name.

Richard Clayderman's distinctive piano style has earned him a superstar status all over the world and up till today, he has recorded over 1,300 melodies. Despite his classical background, he opted for popular music when he first launched his professional career. His success as a well-known pianist was due to his willingness to try his hand at everything from light classics to Bollywood movie soundtracks and folk tunes. The Guinness Book of World Records recognizes him as 'the most successful pianist in the world'.

Influenced by his father since young, he was enrolled in the Paris Conservatory of Music at the age of 12. His opening act for French rock musician Johnny Hallyday introduced him to an international following and his debut album, Ballade Pour Adeline, sold more than 20million copies and was distributed in 38 countries.

He created a "New Romantic" style by including his originals with classical and popular music, which he combined into popular instrumental renditions. This earned him the title of The Prince of Romance, which the world now knows him by.