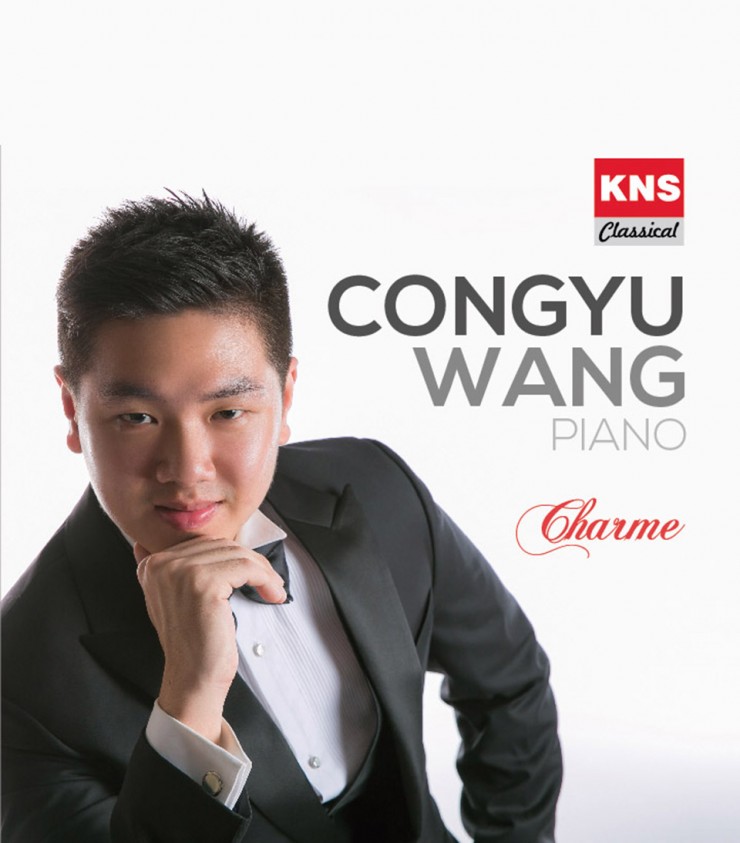 Hailed as a “complete musician – a sensitive artist and an extremely talented young pianist”, Congyu Wang is an internationally renowned soloist who has garnered acclaim as a recitalist, accompanist and chamber musician.

Born in Singapore, Congyu Wang started playing the piano at the age of 3. He was selected for a scholarship that enabled him to attend the prestigious Ecole Normale de Musique de Paris, where he studied with renowned pianists Jean-Marc Luisada and Odile Catelin-Delangle. He later enrolled in the Schola Cantorum (Paris) to continue his studies with Gabriel Tacchino (who had been Francis Poulenc’s only student). Ever since youth, Congyu Wang has enjoyed phenomenal success in international piano competitions, ultimately winning the Grand Prize in Berlin and Bordeaux. His other prizes include Vulaines-sur-Seine, Lagny-sur-Marne, Merignac and Paris.

At the Chopin International Piano Competition for Young Pianists in Slovenia, he was awarded 6th Prize. One of the jury members, François Weigel, believed he should have won, and resigned thereupon in protest. He has since made appearances in over 500 recitals in Europe, Reunion Island, and Southeast Asia. He is also a Young Steinway Artist.

As an active chamber musician he performs with violinist Benjamin Brandeleer-Ligier, with whom he has founded the Francis Poulenc Duo. His vast repertoire includes 30 piano concertos, along with the complete solo piano oeuvre of Chopin and Francis Jean Marcel Poulenc (1899–1963) who was a French composer and pianist.

Poulenc's wealthy family intended Poulenc for a business career and did not allow him to enrol at a music college. Largely self-educated musically, he studied with the pianist Ricardo Viñes, who became his mentor after the composer's parents died. Poulenc soon came under the influence of Erik Satie, under whose tutelage he became one of a group of young composers known collectively as Les Six.

It was through Viñes that he met a composer of his own age, Georges Auric, who became his life-long friend. Viñes's ideas about the use of the piano pedals made a strong impression on Poulenc, who later gave forthright expression to his opinions on the matter: "The use of the pedals is the great secret of my piano music (and the lack of it often its downfall). They will never use enough pedal! Never enough!" Many years later Poulenc wrote: "I owe him everything… It is really to Viñes that I owe my first flights in music and everything I know about the piano". He quickly became an excellent pianist, a virtuoso with a highly personal technique, often performing his own compositions, both as a soloist and accompanist, and as late as 1957 his recordings of Satie's piano music were awarded a prize by the Academie Charles Cross.

In his early works Poulenc became known for his high spirits and irreverence. During the 1930s a much more serious side to his nature emerged, particularly in the religious music he composed from 1936 onwards, which he alternated with his more light-hearted works.

His 15 Improvisations were composed at intervals between 1932 and 1959. All are brief: the longest lasts a little more than three minutes. They vary from swift and balletic to tender lyricism, old-fashioned march, perpetuum mobile, waltz and a poignant musical portrait of the singer Édith Piaf.

Poulenc's favoured Intermezzo was the last of three. Numbers one and two were composed in August 1934; the A flat followed in March 1943. The commentators Marina and Victor Ledin describe the work as "the embodiment of the word 'charming'. The music seems simply to roll off the pages, each sound following another in such an honest and natural way, with eloquence and unmistakable Frenchness."

The second Novelette in B-flat minor (1928) is similar in ways to a scherzo. It is dedicated to Poulenc's friend and critic Louis Laloy.

The third Novelette in E minor (1959) is based on Manuel de Falla's 7/8 theme from El amor brujo (1916), simplified into 3/8 time, and without a contrasting section. It employs fluid arpeggio figures. This piece is dedicated to Poulenc's close friend R. Douglas Gibson.

Written in 1940, Melancholie is one of Poulenc's most nostalgic pieces. Dedicated to his driver and friend Raymond Destouches, it is a dreamy, sensuous, impassioned piano work that lies graciously beneath the fingers. Wilfrid Mellers has compared the work to the perfumed utterances of Fauré, but more "unreal, and with dreams that are much more elusive". Others have found in it a luminous quality, akin to the paintings of Bonnard, Vuillard and Dufy. Music of deep yearning and nostalgia, whatever its inspiration, it unquestionably haunts us with its mystery and beauty.

A beautiful sunset that was mistaken for a dawn.